Every year since 2012, the STC magazine organizes an online survey for its Chinese readers.

The STC magazine just released the results of the 2016 survey and the results give us a fascinating insight on the life of the very affluent Chinese when it comes to traveling abroad. 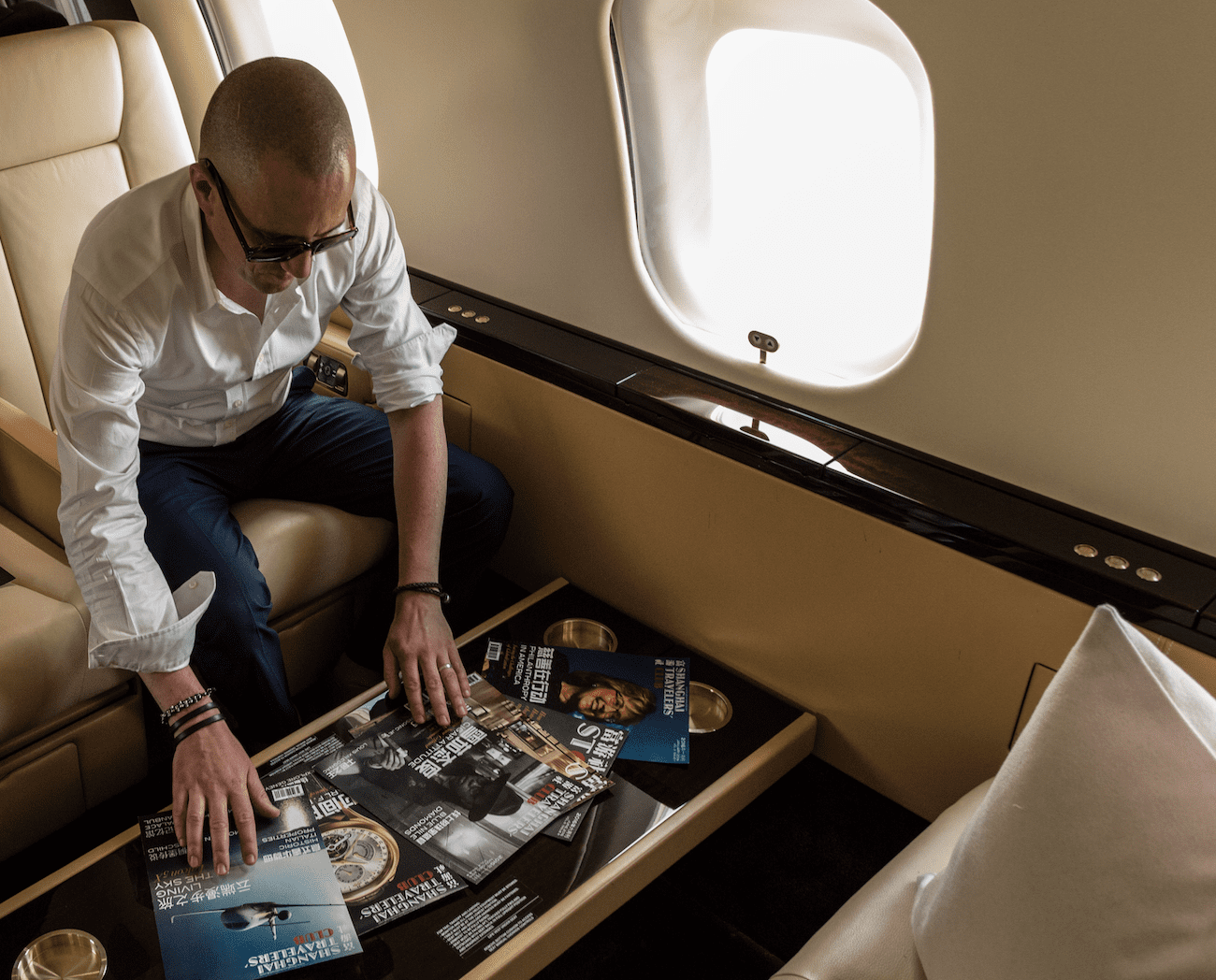 They are massively home owners in China (93% own an apartment or house in China).

They are not novice travelers, as 92% have already traveled abroad.

Concerning their travel destinations, compared with the 2015 data, the same three countries are in the top three destinations: The U.S. (#1), the UK (#2), and Switzerland (#3). The United States secure their preeminence as the favorite destination, as 91% of the respondents cite this country as their favorite country for travel, far from the UK, cited only by 63% of respondents.

If shopping is still the #1 activity while traveling, visiting properties for sale arrives second, cited by 39% of resonates as their favorite activity. Also worth nothing that Charity and Philanthropy are cited by 17% of respondents.

Perhaps the most interesting part of the survey is about “Anticipated Spending & Investment overseas in 2017”, where 87% of respondents indicate they plan to invest in real estate overseas.

As Pierre Gervois, the STC’s Publisher, said “Because of the uncertainties of the economical situation in Mainland China, as well as a very low growth rate in Western Europe, most of Chinese investors prefer to secure their assets in the United States.”

“Real Estate investment is the preferred investment form of the new generation of Chinese global travelers. Most of them have studied abroad, speak fluently English, and even if they don’t reside in the U.S., prefer to invest their assets in a New York Penthouse or a Florida villa”, Pierre Gervois added.

29% of respondents also indicate that they plan to purchase art in foreign galleries in 2017. Although there are no accurate compiled data about how Chinese art collectors purchase overseas, event auctions show that Chinese collectors don’t hesitate to break the mythical barrier of $100 million for exceptional artpieces.

At last, the survey asked what kind of social media networks these very affluent global Chinese trusted the most to plan a luxury trip overseas. The answer comes with a big surprise: Where Chinese social media networks such as Weibo or WeChat were expected to be widely used and trusted, Instagram (not supposedly freely accessible from China) arrives first, cited by 39% of respondents.

“Instagram is by far the preferred social media for the young generation of very affluent Chinese travelers overseas. It recently became a sign of social status to have Instagram downloaded on their cell phones, and showed that they have traveled overseas and have international friends”, explained Pierre Gervois.

In terms of destinations of preference for luxury leisure trips, affluent Chinese travelers are gradually leaving western Europe to go to the United States. Apart from the current stagnant economic climate not seen as very favorable by Chinese visitors and investors, major luxury brands (French and Italian mostly) have maybe reached a point of saturation and over-exposure for the Chinese. American luxury brands (Ralph Lauren, Coach, Tiffany, Michael Kors…) have been perceived as more dynamic and more customer-centered as their European competitors, seen as insensitive in their approach with Chinese customers.

“In the mind of a lot of Chinese tourists, American brands - if possible Made in USA- are becoming increasingly popular” said Pierre Gervois. “For European fashion brands, the Chinese customers prefer now to buy in their U.S. flagship stores, in which they found a much better customer service than in the stores in France or in Italy.” Pierre Gervois added.

The strong desire to invest in U.S. real estate is maybe the strongest trend of this survey, and U.S. real estate agencies should act proactively to promote their $3M+ quality properties to their future Chinese buyers, on a very competitive market. 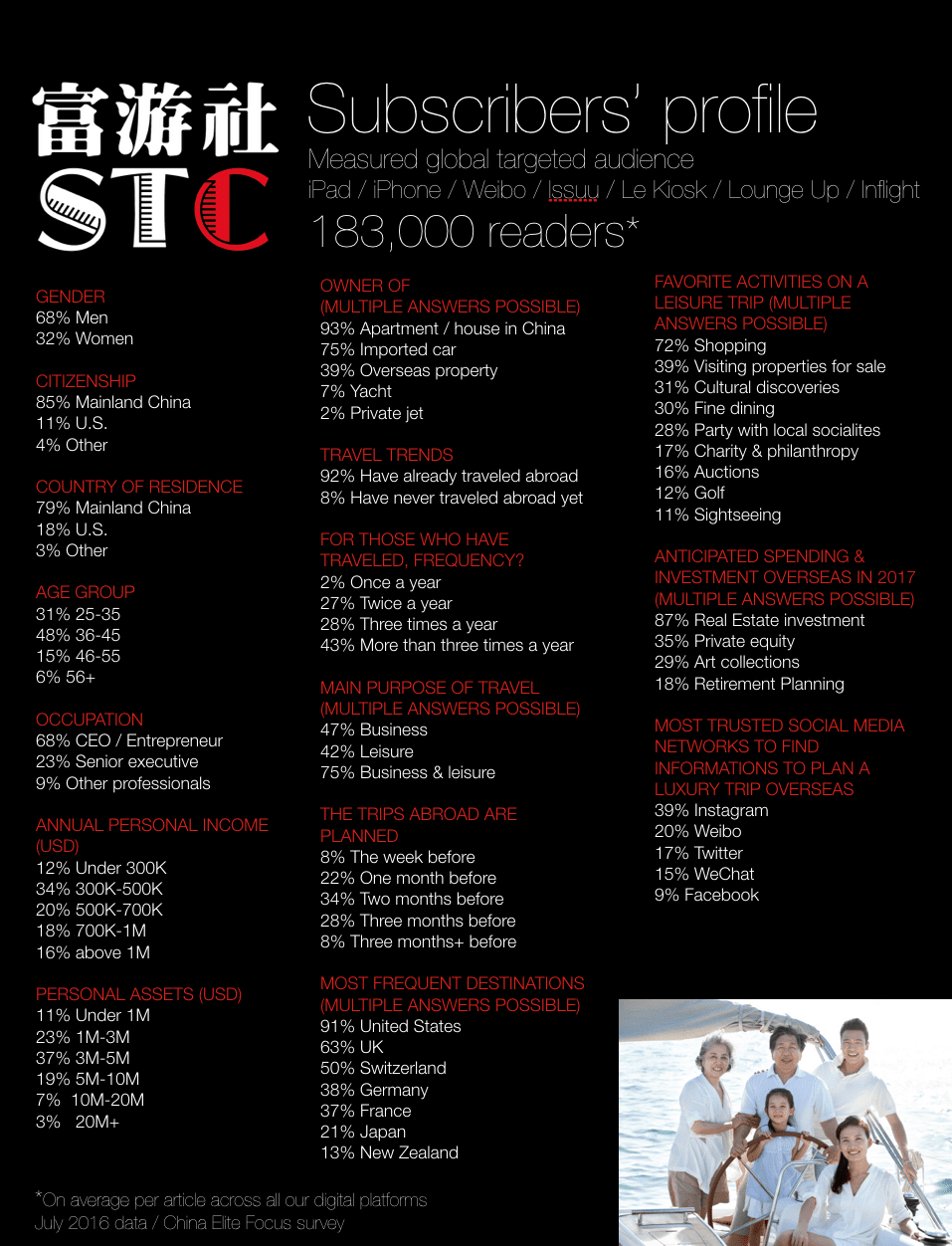 The average relationship timeline - 5 dates for sex, 5 months for ‘past partners’ chat...

Tragic 3 year old passed away in his sleep

Tragic 3 year old passed away in his sleep