Millennials are avoiding haggling and many would rather have Mom or Dad do it for them, according to new research.

The millennial generation might be independent adults making their way in the world, but a new survey shows very few young people feel comfortable haggling their way through major financial purchases. 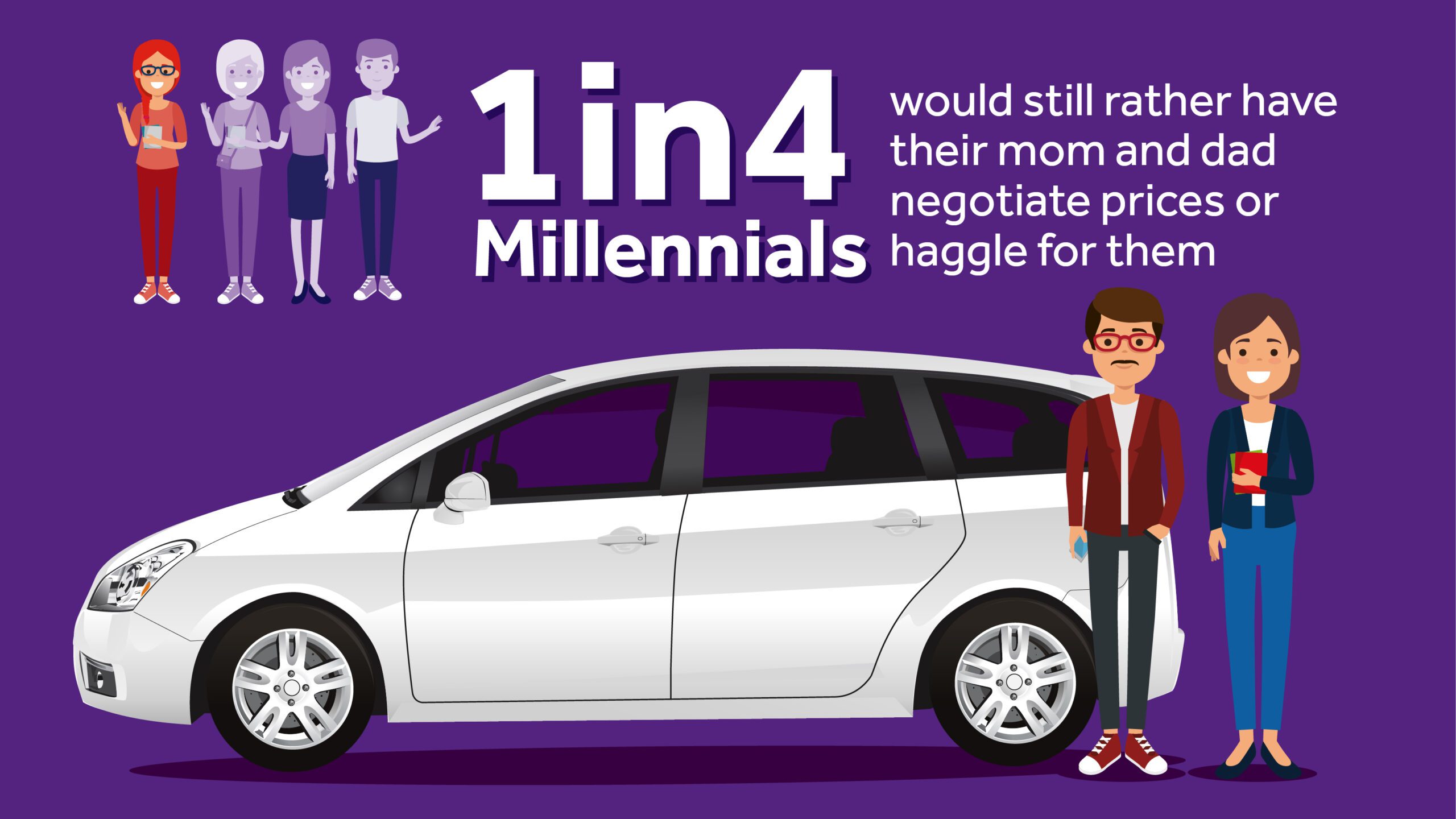 In fact, one in four millennials would still rather have their mom and dad around to do the negotiations for them.

The new research suggests the art of the deal is not what it once was to most millennials, with seven in ten admitting they avoid haggling when trying to buy something like a house, car or other large purchase.

Shifting consumer expectations that focus more on a great experience than haggling over price are in large part a driver of this changing mindset.

The vast majority of the 2,000 millennial respondents surveyed admit they feel much more comfortable with someone backing them up in the haggling process. 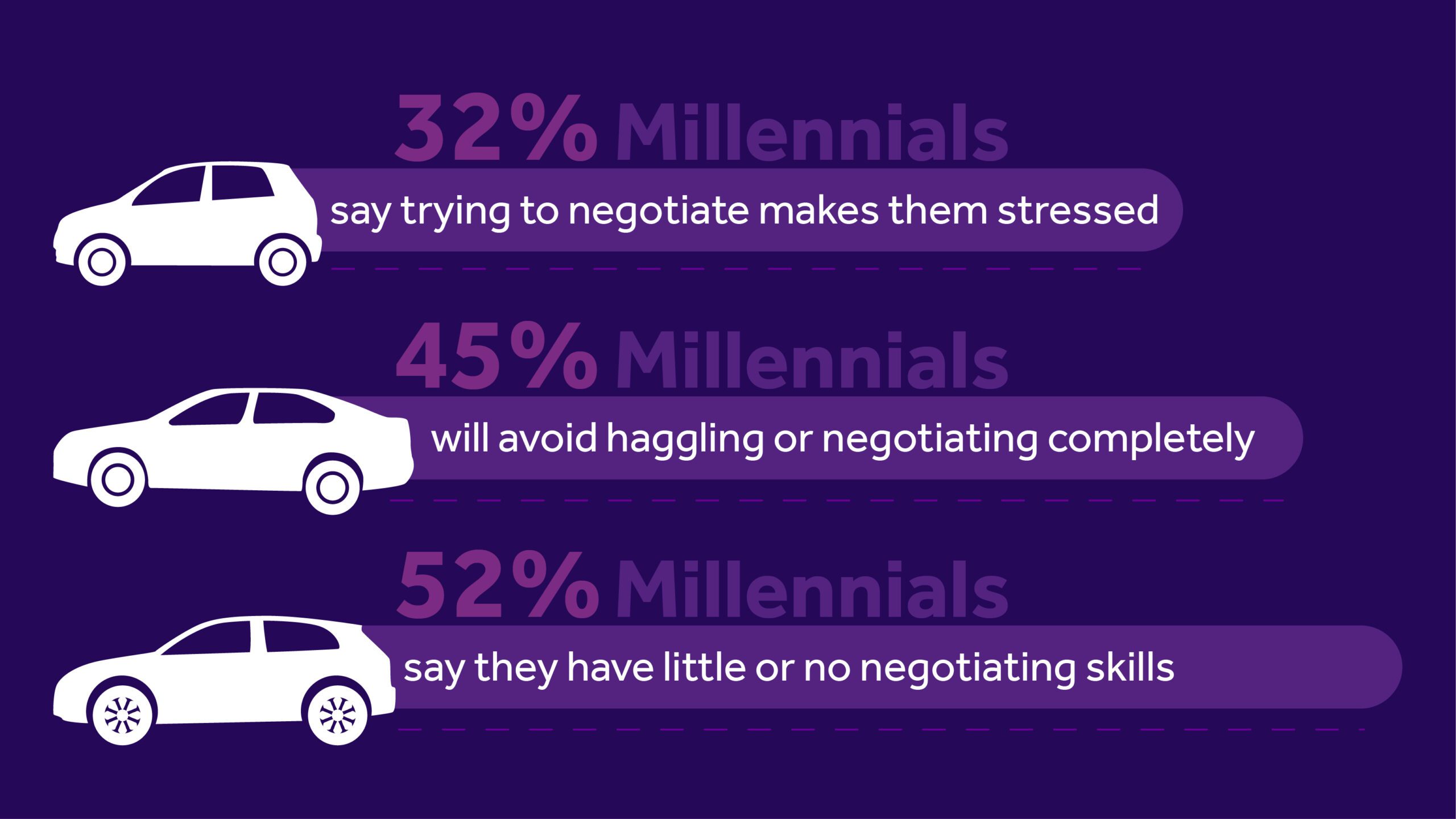 As for who they want by their side, a quarter of millennials said they would choose their parents to negotiate a major purchase on their behalf.

If it’s not their parents, nearly a third (32 percent) said they would bring their spouse to bargain for them.

The mere thought of trying to negotiate a bargain is enough to get a third (35 percent) of millennials stressed, and about half (48 percent) of the survey respondents say they have more often than not felt unprepared to make a major purchase.

In addition to feeling overwhelmed or becoming stressed when trying to haggle, 45 percent of millennials admit to avoiding it entirely because they prefer to keep things simple. 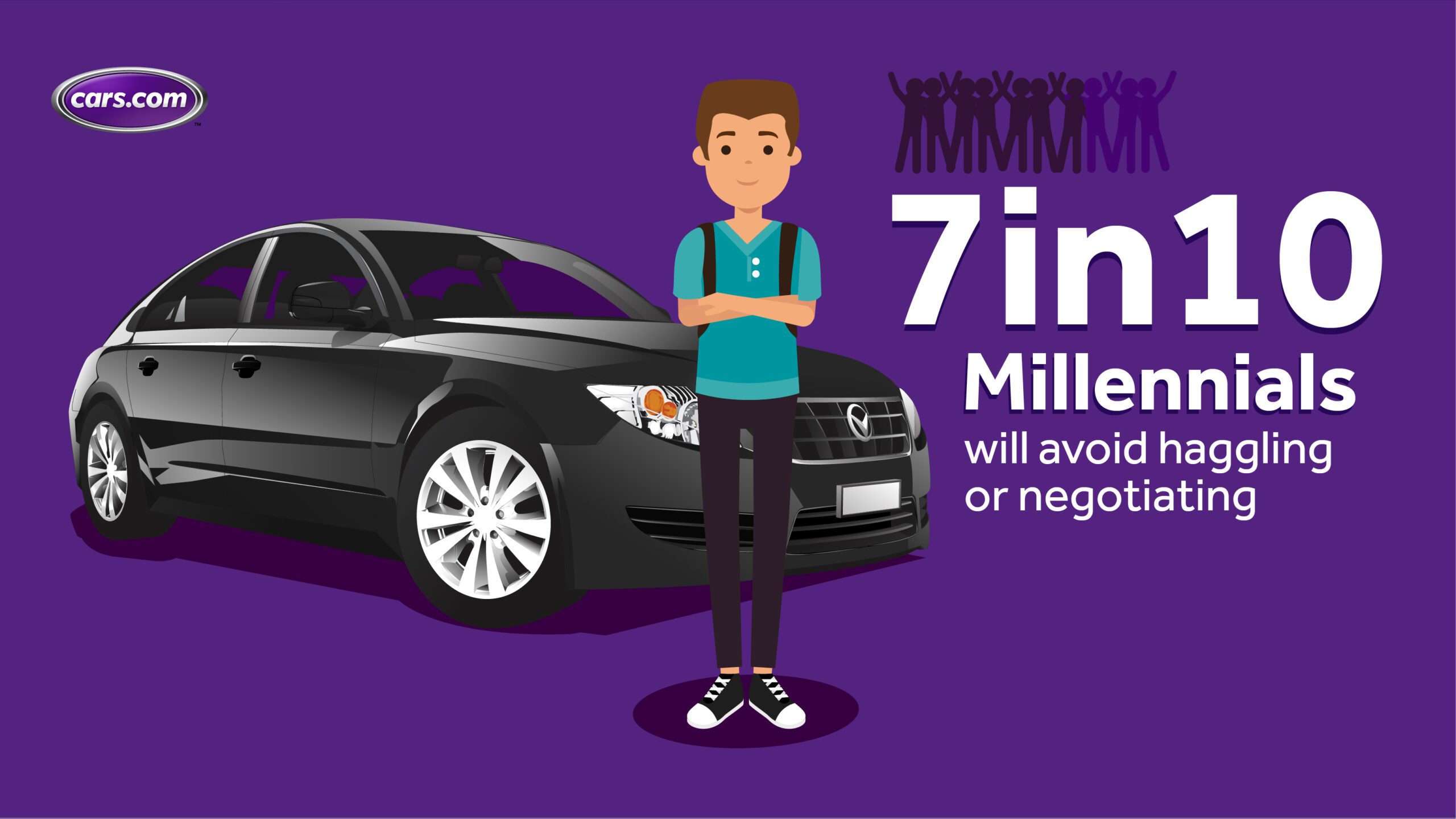 The survey, commissioned by Cars.com, found that men are twice as likely as women to be very comfortable when haggling on a purchase (36 percent vs. 18 percent) - though over half (52 percent) of millennials feel like they have little to no negotiating skills.

For millennials to feel more comfortable with making a major purchase, a significant amount of preparation needs to take place. Understanding the mechanics of an item, whether it is being offered at a reasonable cost, and doing other in-depth research beforehand are the top three things they need to know to feel confident in making a purchase.

One aspect of research that most young people do before pulling out their wallet is reading online reviews and getting opinions from others. The average millennial typically reads six online reviews, asks six friends or loved ones for their opinion and watches four online videos in preparation. 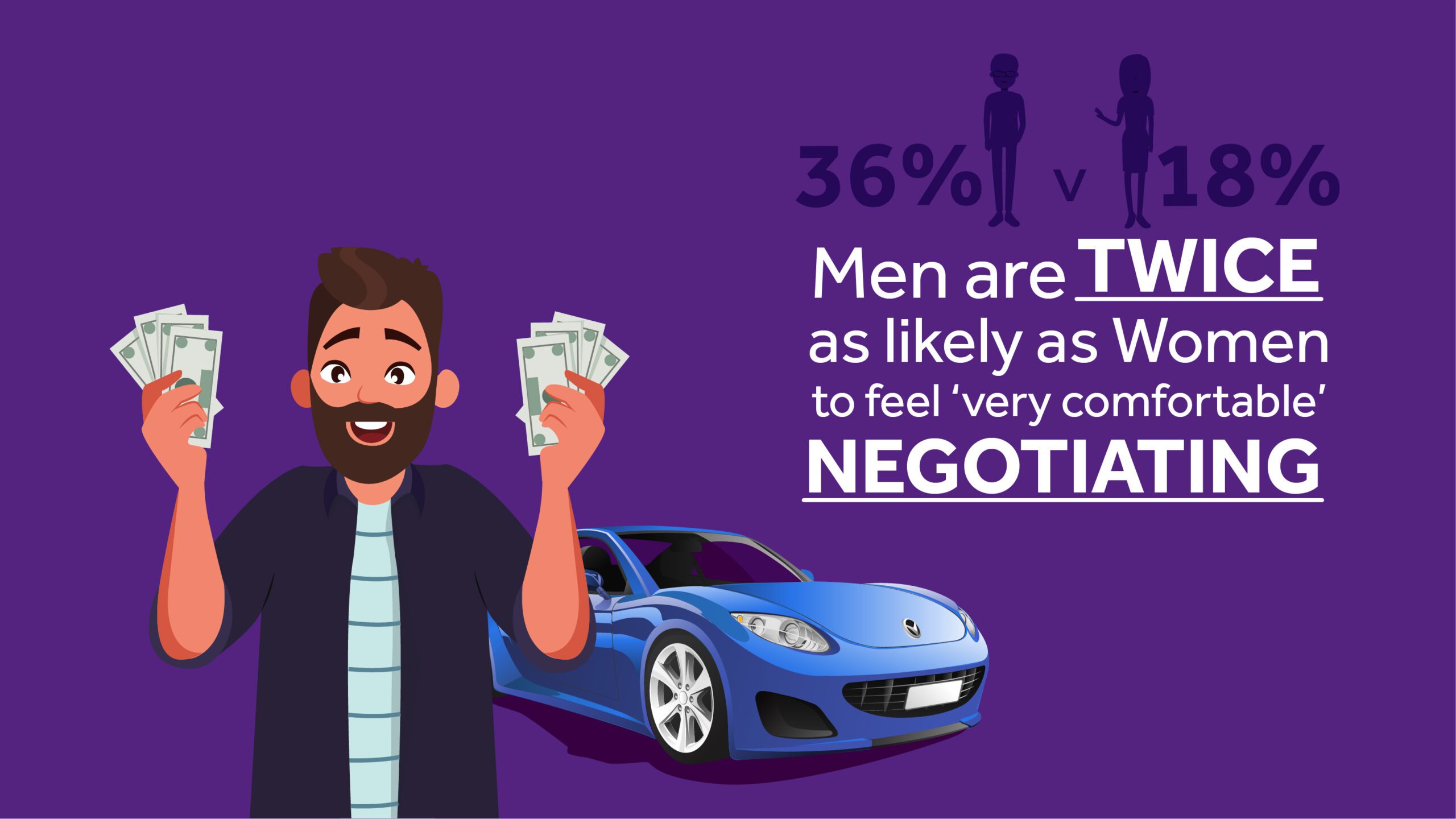 Sometimes the research is informed by past mistakes as young people seem to recognize they often fail to get a good deal. The survey found that the average person reckons that they typically overpay $570 a year due to a hesitance to negotiate or a lack of knowledge on what they should be paying.

As for what kind of haggling gets them the most frustrated, millennials find cars to be the hardest purchase to negotiate on (46 percent), followed by insurance (36 percent) and medical/health services (35 percent).

Sixty-six percent of millennials worry that a car salesperson can easily take advantage of them due to their lack of car knowledge - which might explain why 78 percent feel better speaking to car salespeople when having done research beforehand. 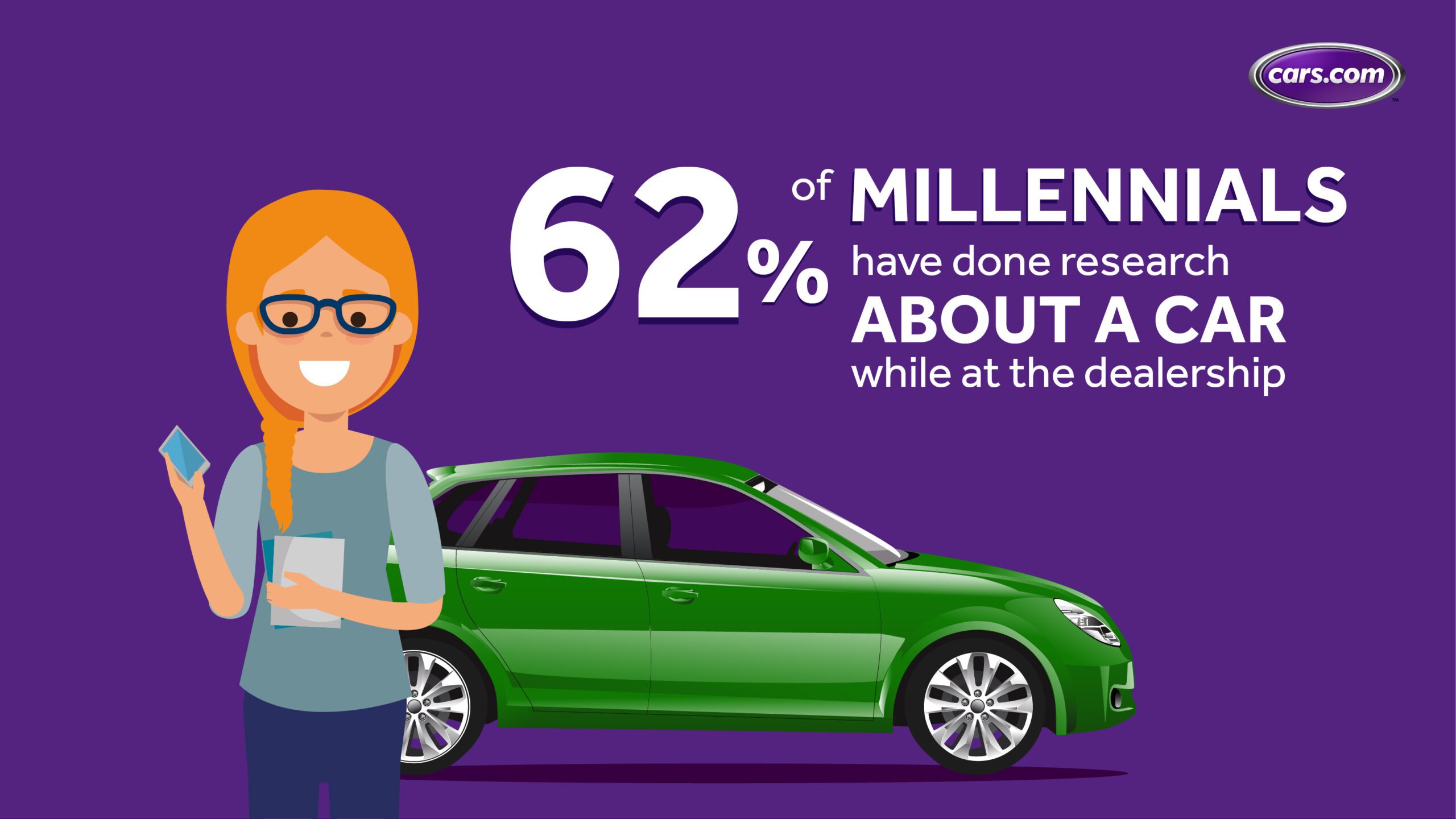 Most millennials (62 percent) have even done research about a car while at the dealership. Most commonly, they look up price tags (66 percent), car reviews (58 percent) or car specs (52 percent).

But even after an average of five hours of research into cars, nine percent of millennials are not at all confident in making an offer to purchase a car.

Brooke Skinner Ricketts, Cars.com’s chief marketing officer said, “The survey results show that when millennials are shopping for a major purchase they need to feel informed and armed with lots of information about the item itself and what price they should pay to feel confident going into a purchase, which makes sense. 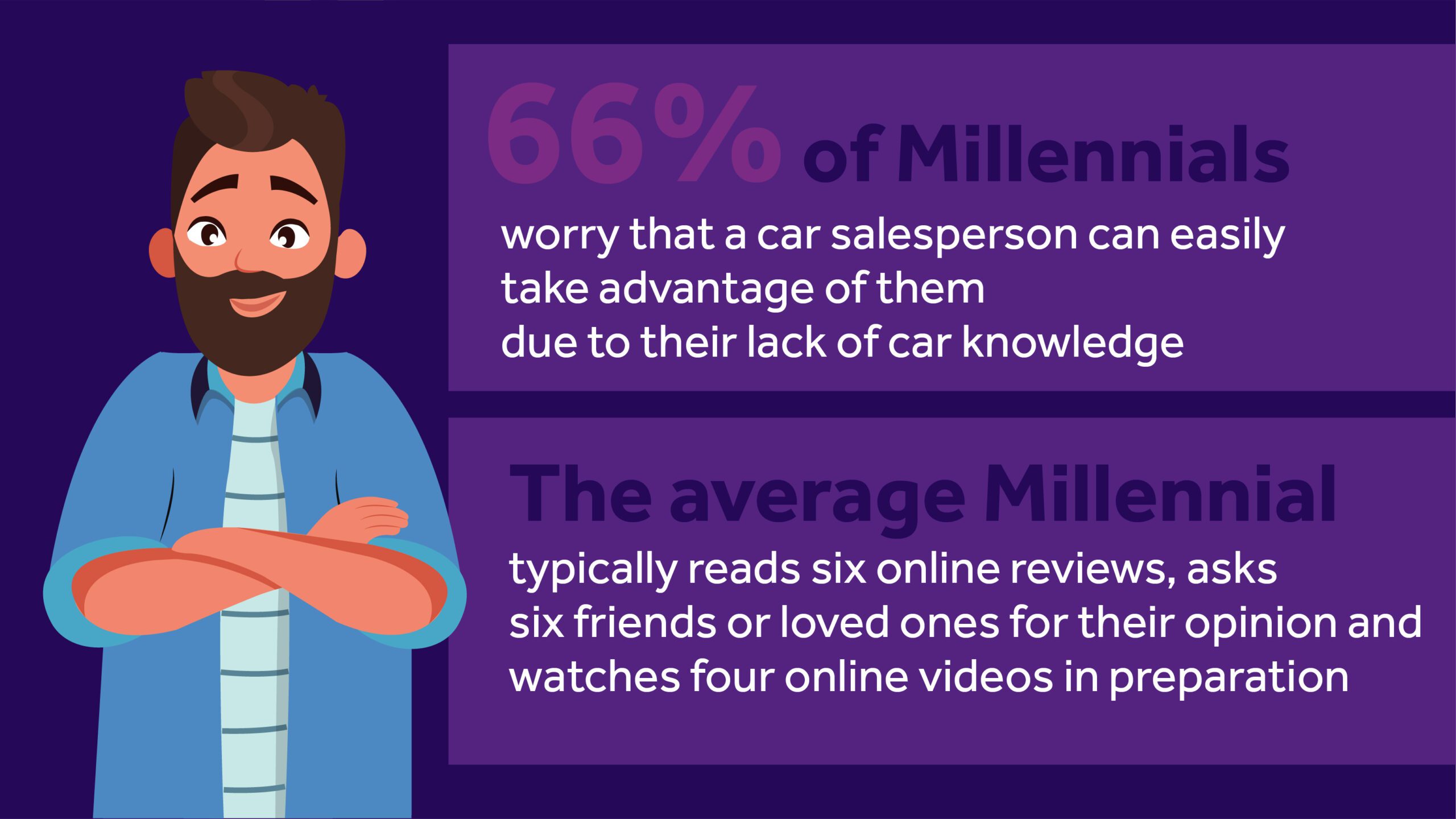 "Buying a car is one of the largest purchases we will ever make, and the process itself can be overwhelming. That’s why shoppers rely on Cars.com to help them find the right car at the right price from the right place. We even help them pick the best salesperson before they show up on the lot. Armed with the right information, consumers should feel more confident buying a new set of wheels.”

Americans have had sex in some really wild places, study finds

Americans have had sex in some really wild places, study finds