Ever feel like you’ve nothing to wear? New data reveals it’s a feeling we experience more than 2,800 times in a lifetime. 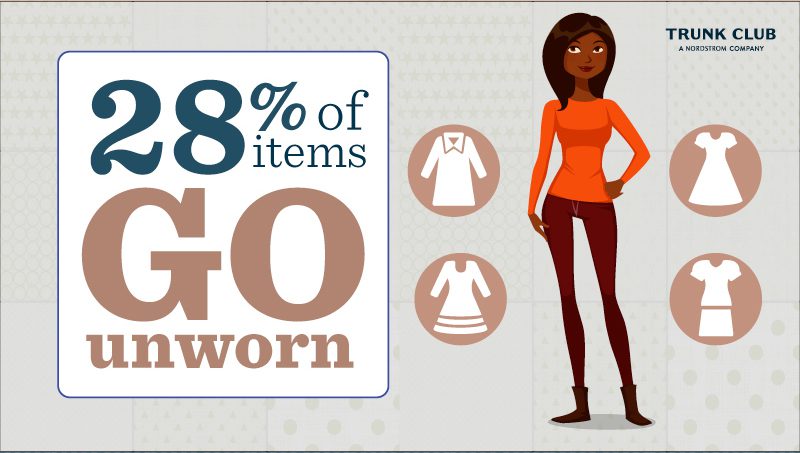 A new study examining the wardrobes of 2,000 men and women found the average person experiences ‘wardrobe panic’ 36 times a year because they feel they have nothing to wear.

The study by Trunk Club, a personal styling service, found that nearly 61 percent of Americans admitted they regularly find themselves struggling to find something to wear, even though their closet is full of clothing. 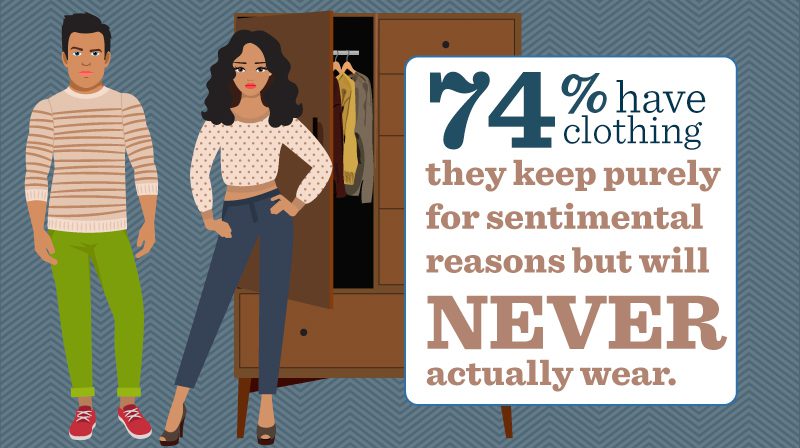 Despite the feeling we have nothing to wear, most American closets need a clean out. In fact, nearly thirty percent (28 percent) of the items in the average person’s closet have never been worn or have gone untouched for over a year.

Results showed that the average person has about 53 items in their closet, but they typically don’t wear 15 of them. 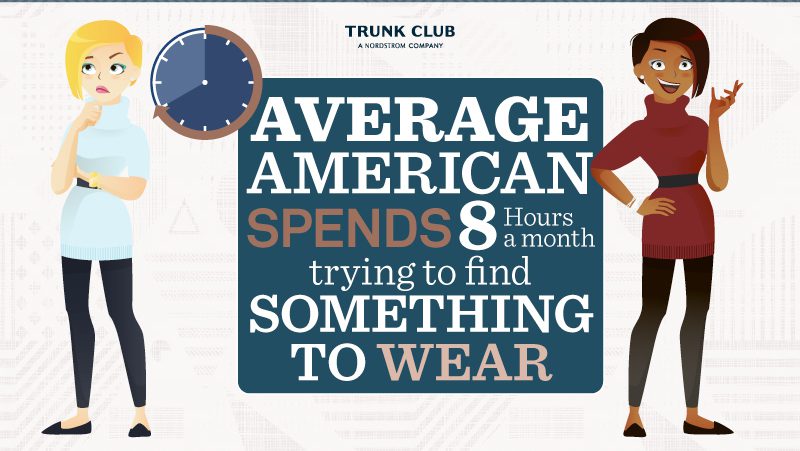 And six percent of people own nine or more items in their closets that still have the tags on them!

That number jumps when people were asked how many items they own that have only been worn once. Thirteen percent of Americans admitted they have nine or more items currently in their closets that they’ve only worn once.

But, despite a large chunk of our closets going untouched, that doesn’t stop us from agonizing over what to wear. The average respondent polled spends eight hours per month in their closet, which is nearly 100 hours per year. 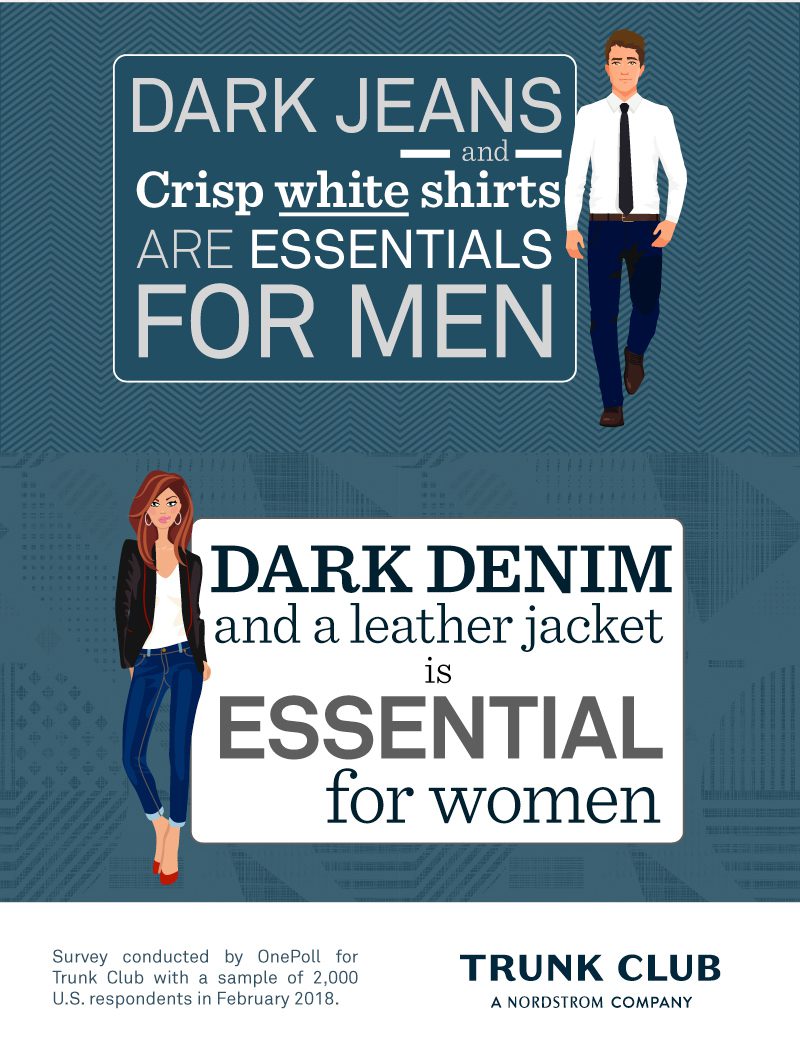 Coabi Kastan, head of styling for Trunk Club said, “As you approach building your wardrobe, start with the essentials. When you build the fundamentals of your wardrobe first, you’re able to lessen the ‘wardrobe panic’ that’s so common.”

“These building blocks allow you to create great and versatile outfits for any occasion and will help you feel more organized while getting dressed each morning,” Kastan added.

But the inability to properly clear our closets might not be that easy because we’re sentimental. Seventy-four percent of Americans admitted they have pieces of clothing in their closets they don’t ever plan on wearing or think they’ll wear anytime soon, but they really don’t want to part with.

And when it comes to having an organized closet, 54 percent of Americans admit they don’t clean out their closets based on the season. 32 percent of those studied reveal the hardest part about cleaning their closet is getting rid of items that no longer fit properly.

Kastan added: “Simplifying your wardrobe doesn’t mean that you have to sacrifice style. By building a smarter and more thoughtful wardrobe, you’ll feel better in your clothing and spend less time worrying about what to wear.”