in
Home *Images
Share on FacebookShare on TwitterShare on Reddit
NEWS COPY - WITH VIDEO & INFOGRAPHIC: https://www.dropbox.com/sh/imdyhseeyl74tad/AABjByFb7_s-7bXaVwp0q8ENa?dl=0
By Tyler Schmall

The average American couple has sex for 69 minutes per week, according to new research. That’s right, 69 minutes a week. 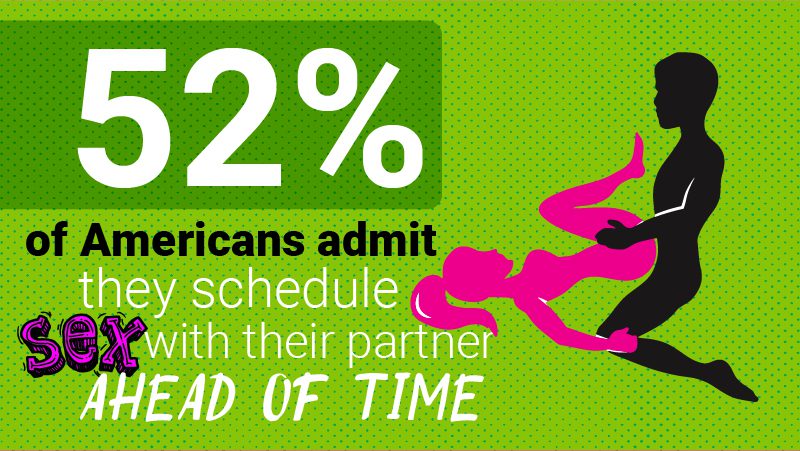 For instance, the average couple has sex nine times per month, for 69 minutes per week, in a bit of foreordained, “written in the stars” serendipity. That’s 108 times a year, for 60 hours, or, one and half weeks of work.

The study by EdenFantasys found a passionate three percent claim that they have sex more than 30 times per month, and 12 percent say that number is closer to, well, zero.

Does that 69 minutes a week come in a madly passionate, clothes-tearing, once a week sextopia? Well, not exactly, as three quarters say they struggle to have regular sex due to busy routines, despite the majority (60 percent) of those polled saying they wished they were having more sex.

So, what’s the solution? Schedule a precise time- over one in two Americans (52 percent) admit they pencil in a space in their diary for a bit of action between the sheets. 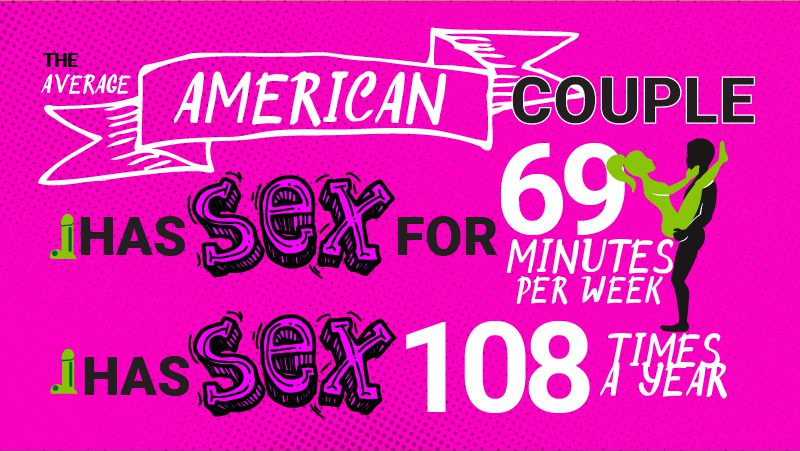 But does having ‘sex time’ marked in the calendar take away the romance and passion for couples? Not for everyone as one in five considers a pre-agreed day and time for sex to actually be more romantic.

“As B.Franklin ones said, albeit for a different occasion: ‘By failing to prepare, you are preparing to fail,’” said a spokesperson for EdenFantasys. “Do not brush off or underestimate a planning part in your sexual activities. Be imaginative, loving but also thorough and prepared.”

The average American couple has six “sexpointments” a month, according to the study. And according to the those who do regularly pick out a time for a bit of calendarized sex, one in five actually finds it to be more romantic than spontaneous sex.

Scheduling sex ahead of time can also help people get ready for a night of sex a little more thoroughly, either by having time to mentally prepare, or even doing a bit of shopping.

Some pre-sex rituals came out of the results, such as making a nice dinner at home, which 45 percent of those who schedule sex admitted to doing. 34 percent have booked a nice hotel room for the evening, and 30 percent even did a little lingerie shopping.
Said an EdenFantasys spokesperson: “Open discussions with your partner and planning is a solution for your long-term sex life staying fresh, exciting, and full of pleasant discoveries. EdenFantasys.com is your destination for a well planned, happy and passionate sex.” 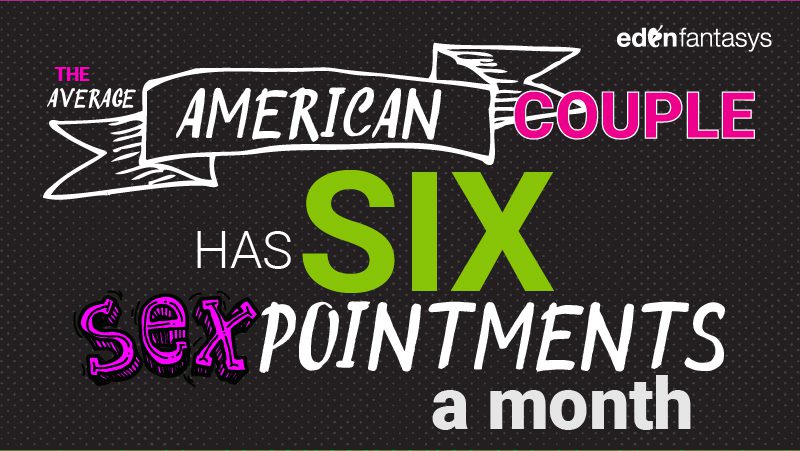