From canceled flights and natural disasters to frantic, last-minute searches for accommodations, it can cost the average American traveler at least $570 – and upwards of $4,198 – when things go wrong on an airline trip, according to new research.

In fact, from being the victim of pickpocketing to canceled flights, being vomited on by a child or even seeing a fellow passenger die in flight, as many as a third (35 percent) have experienced what they deem a “travel nightmare,” in which seemingly every part of the trip went wrong.

And when those “nightmare trips” do occur, not only is there a wide range in potential costs, there’s also a high risk of the whole vacation being ruined – half of respondents who experienced a nightmare said it completely ruined the rest of the trip.

Although many have thankfully never experienced a nightmarish scenario, the study of the travel experiences of 2,000 Americans found that the majority of travelers (59 percent) report having been on a trip where things really didn’t go as planned.

And it doesn’t have to be a big thing going wrong for traveler comfort and enjoyment while traveling to decline severely. One in six respondents rate themselves “extremely disappointed” even when they don’t get their preferred seat on the plane, with the majority preferring the window seat.

The behavior that passengers find most aggravating is when the person in front of them reclines his or her seat (65 percent), followed by having their seat kicked by the person behind them (57 percent).

Also making the top five were traveling with a disruptive baby or child (54 percent), hogging both armrests (53 percent) and people who talk loudly on the flight (49 percent).

While travelers can’t always do something about other passengers’ behavior, there are ways they can help their own trip go smoothly – or at least be prepared if something doesn’t go according to plan.

To combat potential “travel nightmares,” 60 percent of travelers make sure to arrive at the airport with plenty of time before their flight, 55 percent print out all confirmation emails and 39 percent call hotels and airlines to double-check their reservations.

Surprisingly, though, 74 percent of travelers have taken the risk and flown without travel insurance.

“We don’t like to think about the things that can go wrong when traveling, and while travel insurance can’t stop someone from kicking the back of your seat, it’s designed to help protect from unforeseen, potentially ruinous events,” said Jeff Rutledge, AIG Travel CEO. “When coupled with 24/7 assistance services, it can also improve the overall travel experience.”

A quarter of travelers find the most difficult part of traveling to be navigating the airport and the security screening process, while 23 percent say the flights – including any transfers and layovers – are the worst part.

“Travel insurance is specifically designed to provide financial protection in these situations – lost or stolen luggage, flight delays or even emergency medical issues,” Rutledge said. “However, even if a claim isn’t made, our Travel Guard plans offer comprehensive assistance for anything from event ticketing to restaurant recommendations, finding a local translator abroad or sending souvenirs home.”

Unfortunately, travel insurance doesn’t protect your seat – and 23 percent of respondents admit to trying to take a seat that isn’t theirs, with those who want middle seats the most likely to do so.

The survey was conducted online from Aug. 10 to Aug. 28, 2018, by OnePoll with a sample of 2,000 American adults (aged 18 and older) who have traveled by plane. The research was commissioned by AIG Travel.

AVERAGE COST WHEN EVERYTHING GOES WRONG ON A FLIGHT

(Based on dollar figures given by 2,000 respondents.)

10 OF THE MOST EXTREME “TRAVEL NIGHTMARES” 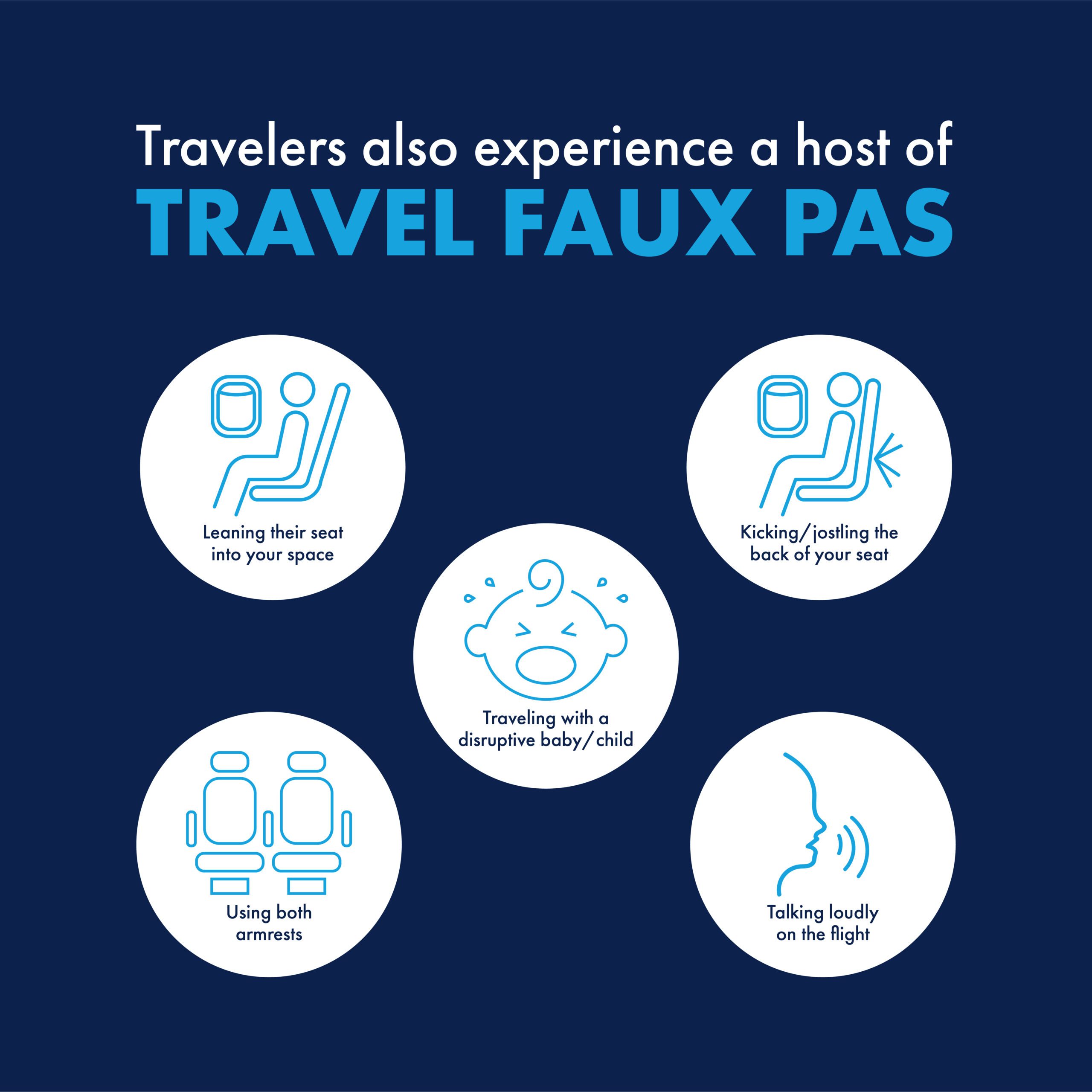 Parents have over 4,200 Arguments with their Kids, Study Finds

Parents have over 4,200 Arguments with their Kids, Study Finds