Americans spend a whopping $324,000 on impulse purchases in their lifetime, according to new research.

If you’ve ever found yourself suddenly buying an item you didn’t know you needed until you saw it, you’re not alone, as a new study finds Americans impulsively buy three things a week. 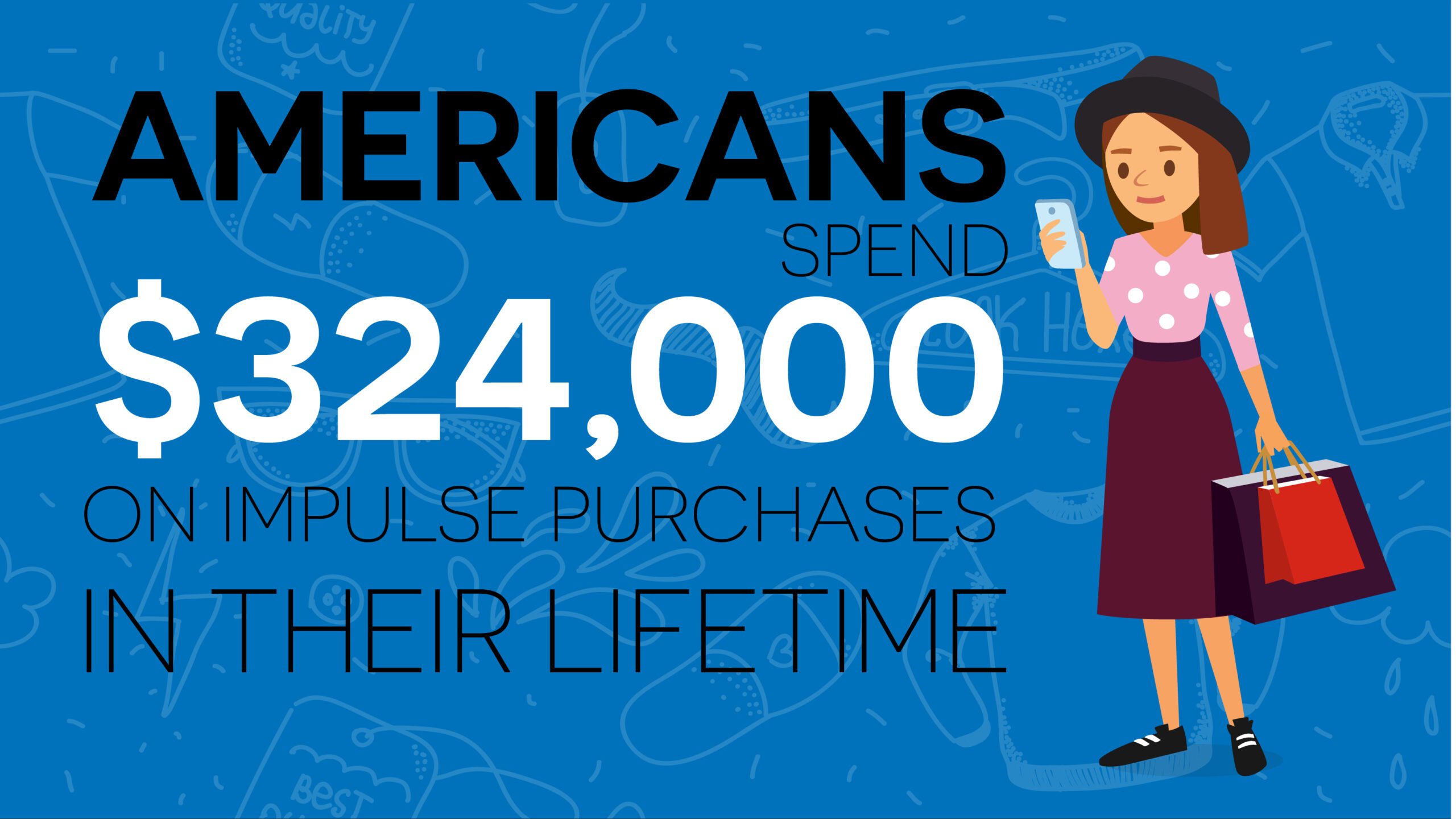 From food items to new clothing, household items and take out, the three impulse buys per week adds up to a remarkable 156 impulse purchases every year -- more than 9,000 in a lifetime.

According to a study of 2,000 Americans conducted by market researchers OnePoll and commissioned by Slickdeals, respondents estimate they spend an average of $450 impulsively every month.

That adds up to $5,400 annually and, when projected over the average adult lifetime, means we part ways with $324,000 on impulse.

According to respondents, roughly one in five purchases made (20 percent) is bought impulsively, with food and groceries the most commonly bought impulse item, followed by clothing, and household items.

One in four Americans have pulled the trigger on a nice pair of shoes after encountering them in a store and nearly three in four Americans (72 percent) have fallen victim to the alluring temptation of the candy that lives among store cash registers. 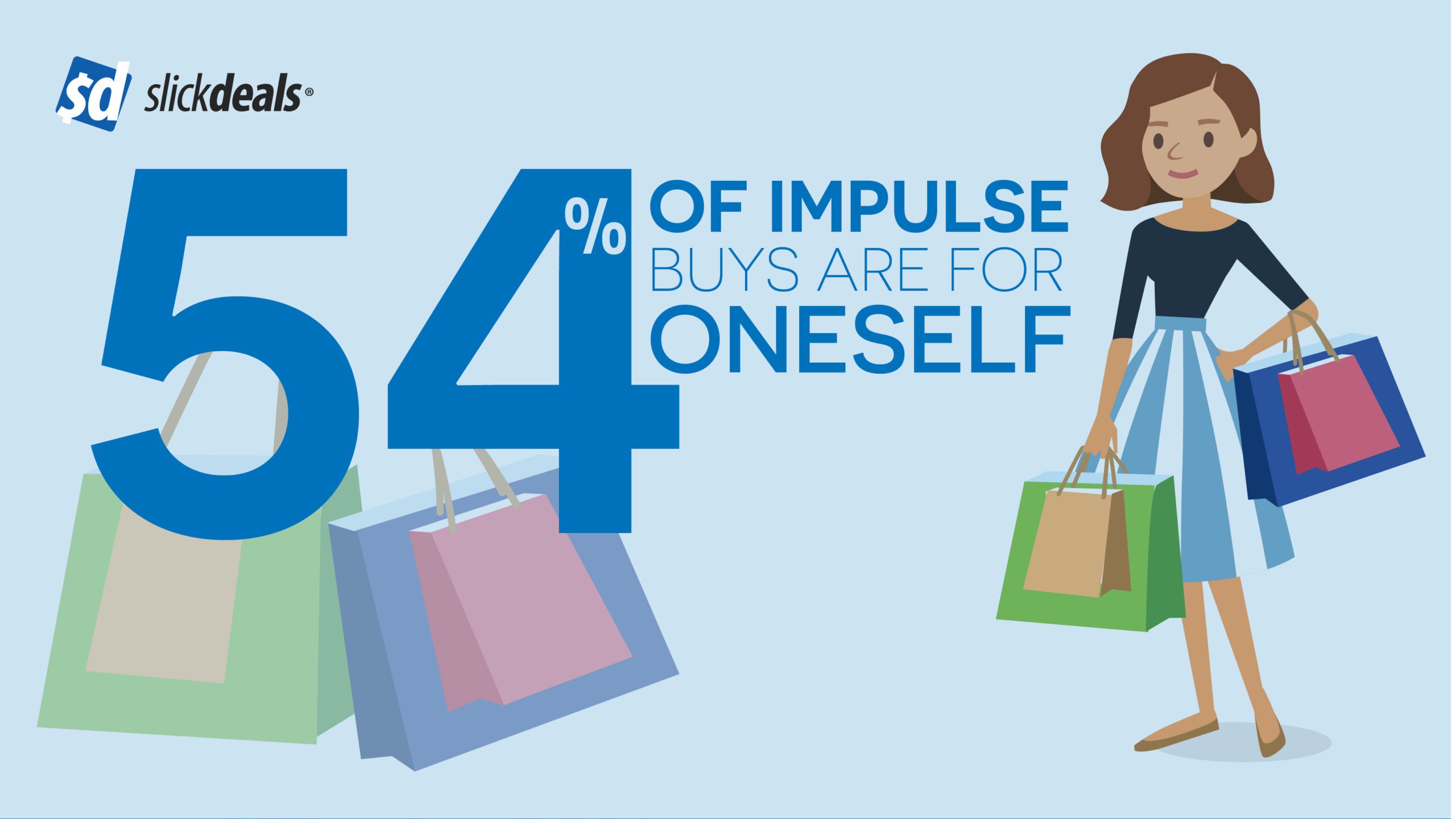 The Slickdeals study found that 32 percent have impulsively bought some food after catching a whiff from a nearby restaurant, and one in ten (11 percent) have actually taken a spontaneous vacation.

The study also revealed that people tend to impulse buy more when they’re happy and excited as opposed to sad or stressed, and, unsurprisingly, December turned out to be the biggest month for impulse buying.

But the majority of impulse purchases tend to be for oneself, with 54 percent of impulse buys meant for number one.

So, what is the driving force behind buying something impulsively? The study found that the biggest reason somebody making an impulse purchase to be that there’s a deal on that product. 64 percent reported that they usually only shop impulsively if there’s a deal. 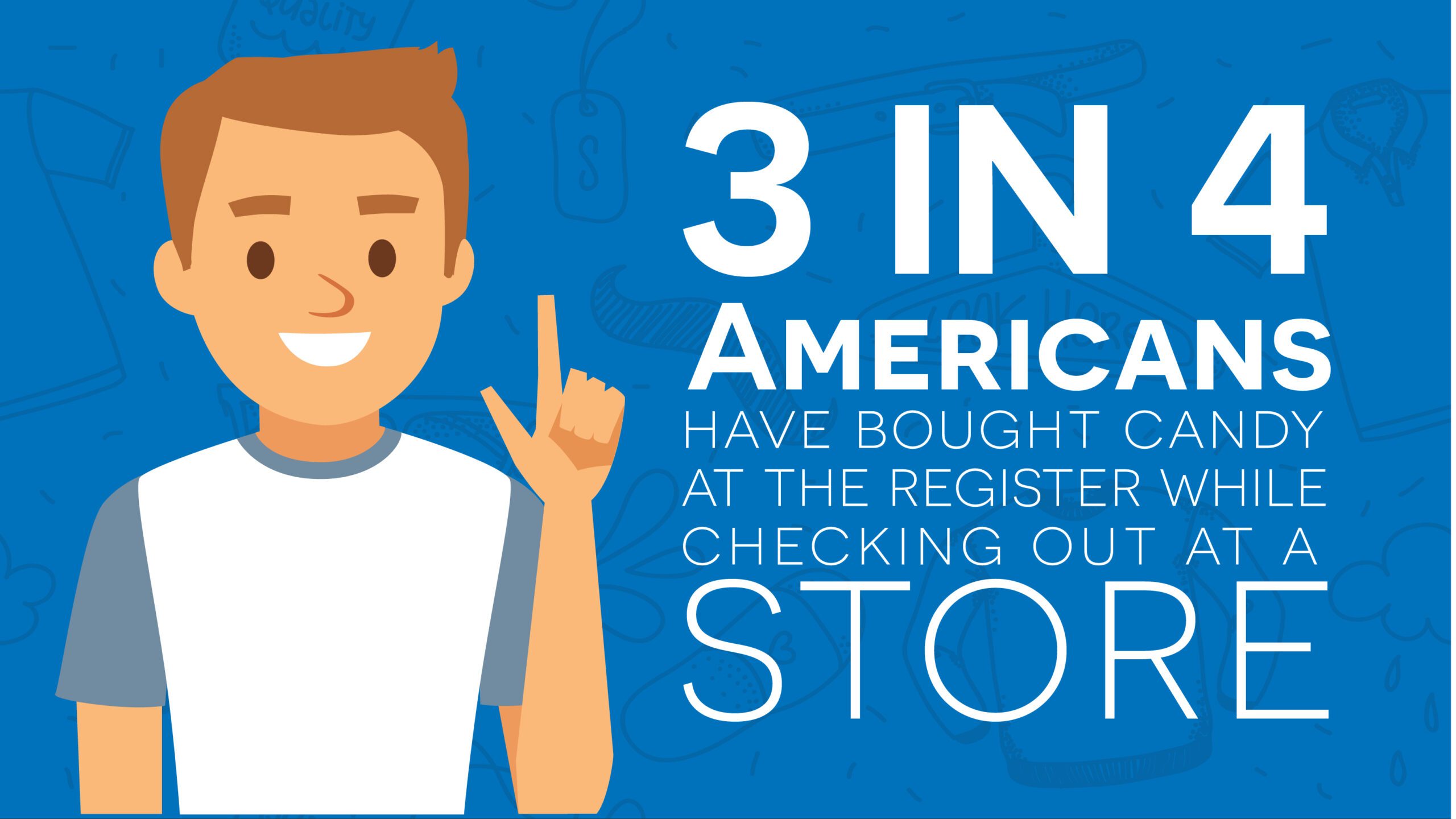 “Impulse purchasing in the traditional sense can put a dent in your personal finances, but there is a way to turn the tables. You can buy impulsively and get the rush of getting a great deal, but do it sensibly by buying things you’ll need later on,” Slickdeals CEO Josh Meyers said. “For instance, you can buy a birthday or Christmas present for family and friends months in advance, or you can stock up on household essentials with promotions and discount codes from big name retailers such as Target, Walmart and Amazon.”

One in five (21 percent) reported they tend to impulse buy while surfing the web. But shipping costs have stopped quite a bit of impulse purchases right in their tracks. A lot of people are okay with spending retail price, but second thoughts start to creep in when the shipping charge finally reveals itself. 70 percent of respondents said this has changed their mind on an impulse buy before.

Pinching pennies is definitely important to American shoppers, as an incredible 85 percent tend to look for deals or coupons before shopping impulsively. 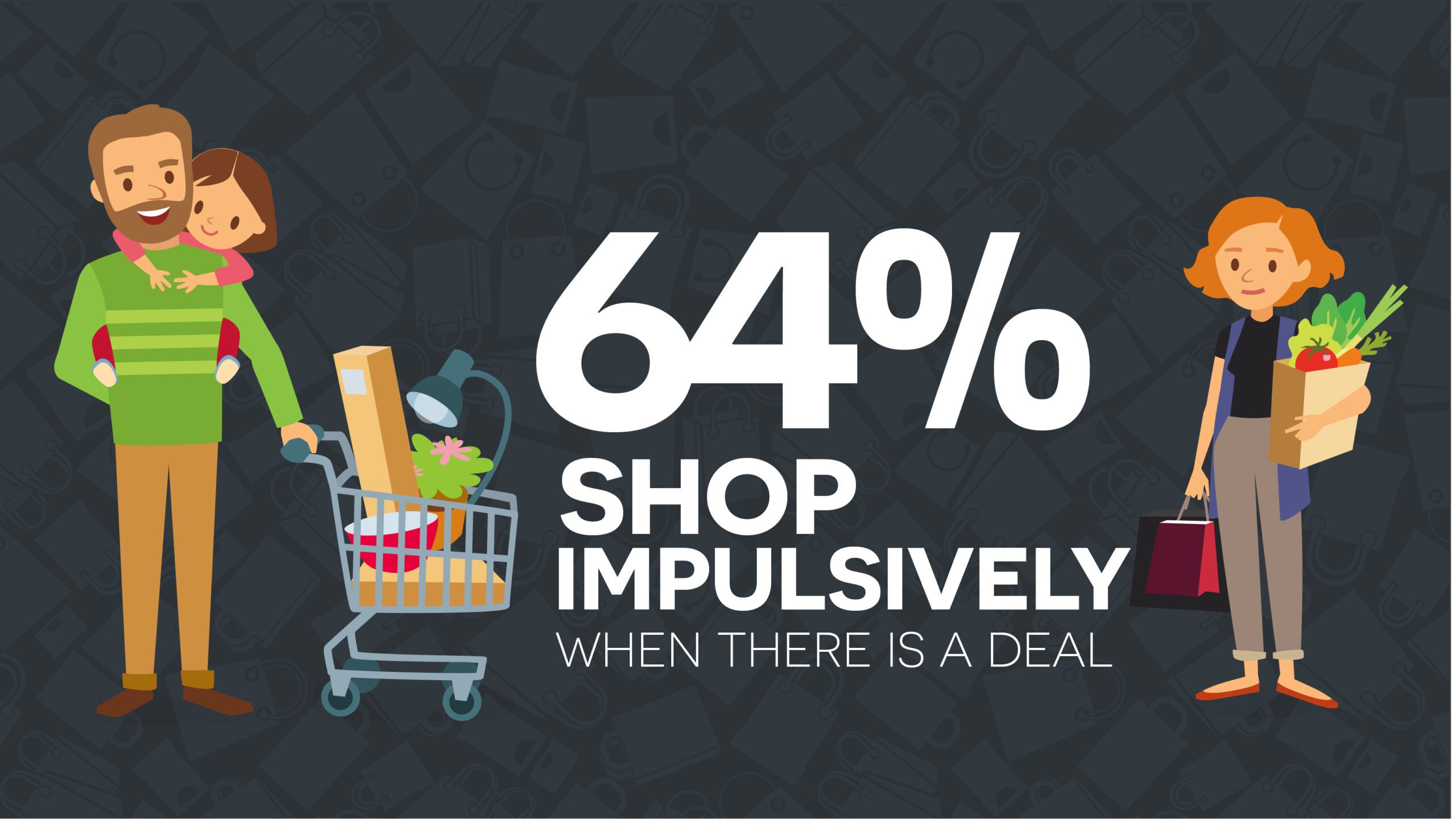 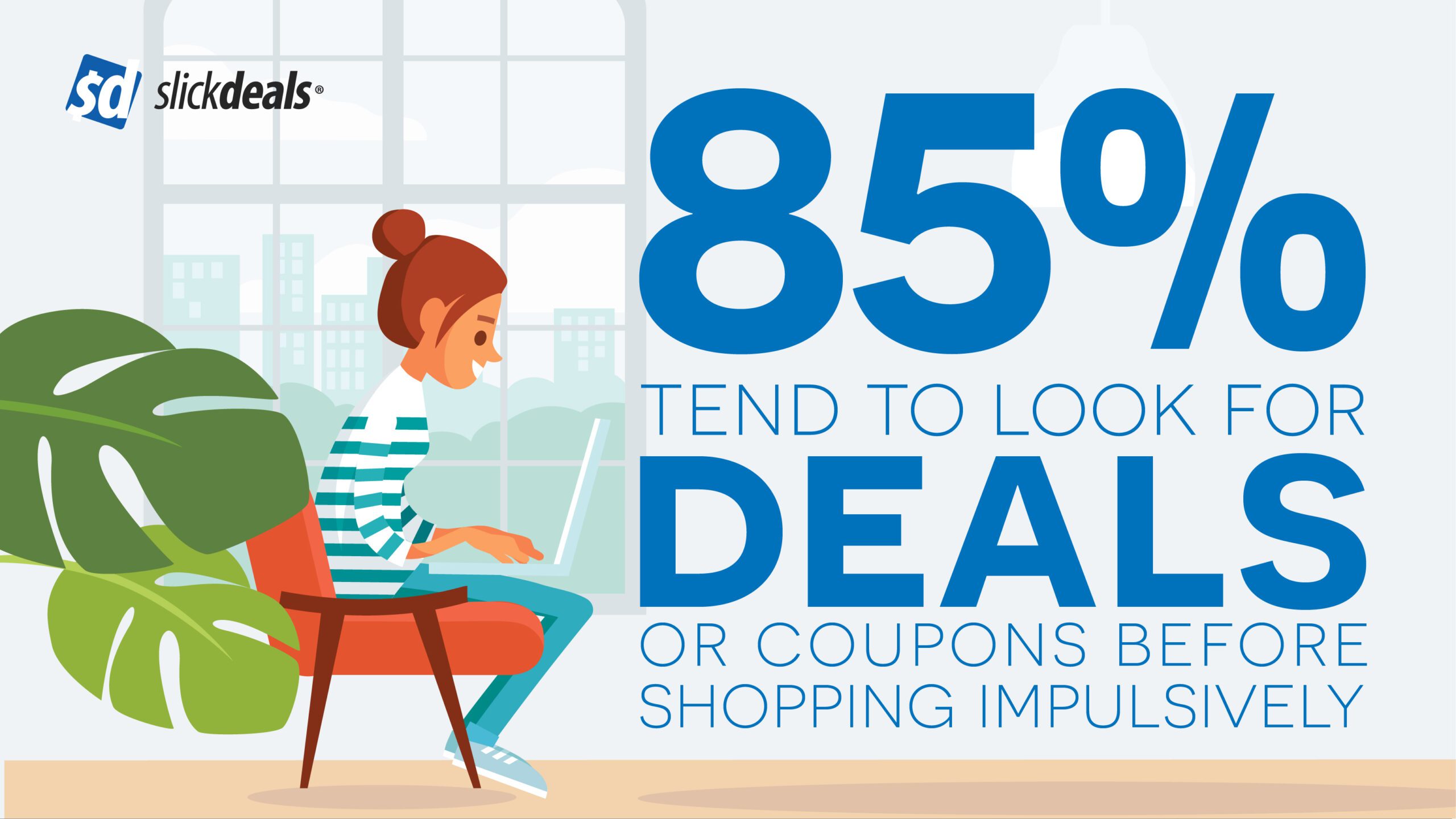 Surprisingly, Millennials are the Most Patient Generation