Millennials are switching from cash to plastic- according to new report

One in four Americans rarely carries cash at all anymore- and millennials are driving the trend, according to new research.

The new research into the spending habits of 2,000 American adults found a third of millennials claim they rarely or never carry cash anymore, while those 18-35 are also most likely to spend on a credit card in a typical week.

In fact, people were more likely to spend on their credit card in an average week’s spending than they were to use cash, with 28 percent of total purchases bought on credit card. 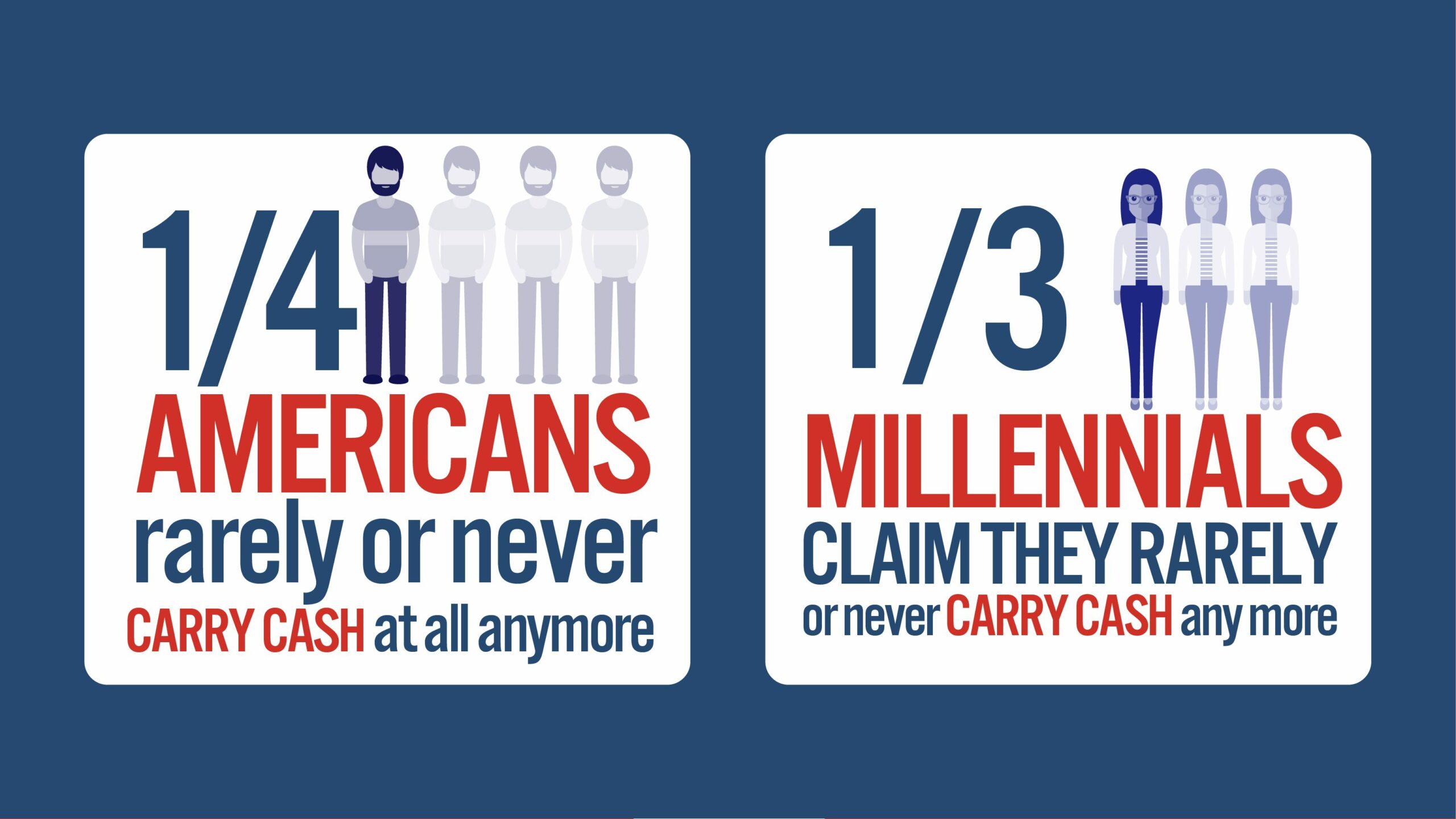 When examined more closely by age, the data showed younger generations are increasingly moving away from cash spending, with 34 percent of millennials admitting they ‘rarely or never’ carry cash versus 25 percent of those aged over 55.

Millennials (respondents aged 18-35) were also 41 percent more likely than any other generation to deem paying for something by cash as ‘inconvenient’, and the least likely to describe having cash as ‘very necessary’. They were also the most likely to feel they would spend cash if they had it on them.

More than a quarter of all 2,000 polled (29 percent) rarely or never have cash on them and, according to the data, and respondents estimated that cash is used in fewer than a quarter (24 percent) of all the purchases they make each week.

The Capital One spending methods research also found one in six of those studied said they don’t buy anything using cash in a typical week, and just 21 percent say cash is their most common method of payment. 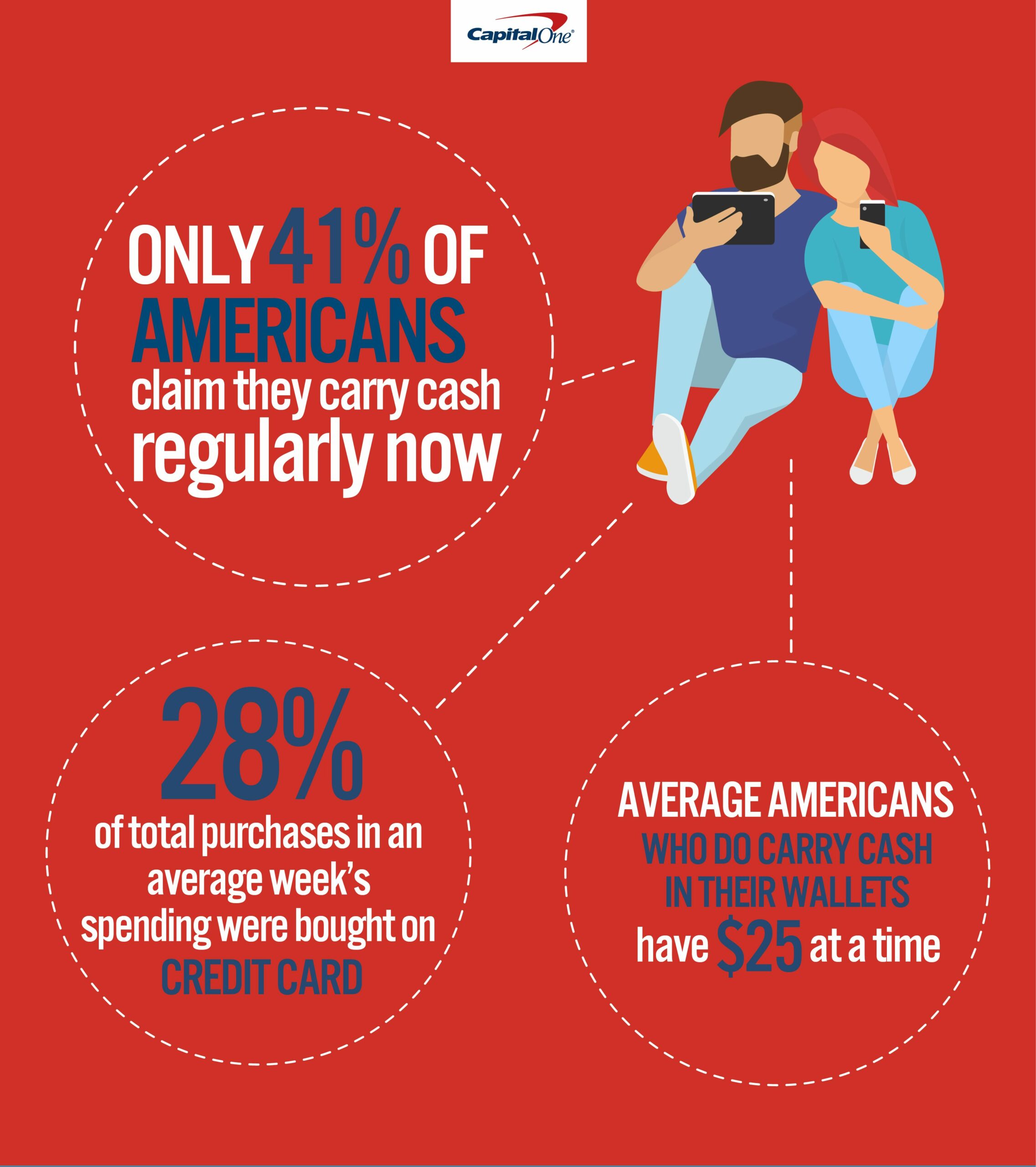 So how is the rise in credit card spending and other methods impacting where Americans still use cash? Card spending now outweighs the use of cash when buying groceries, paying for gas and dining out.

However, cash still prevails when it comes to paying for transport or using personal services.

For those Americans who do carry cash in their wallets, the average was $25 at a time.

Yet one in six (16 percent) had no cash on them at all at the time of being studied, while four in ten (39 percent) of those polled had less than $10 on them.

Results also showed that more Americans carry cash for emergencies now than they do for the purposes of actually making everyday purchases (40 percent versus 38% percent). 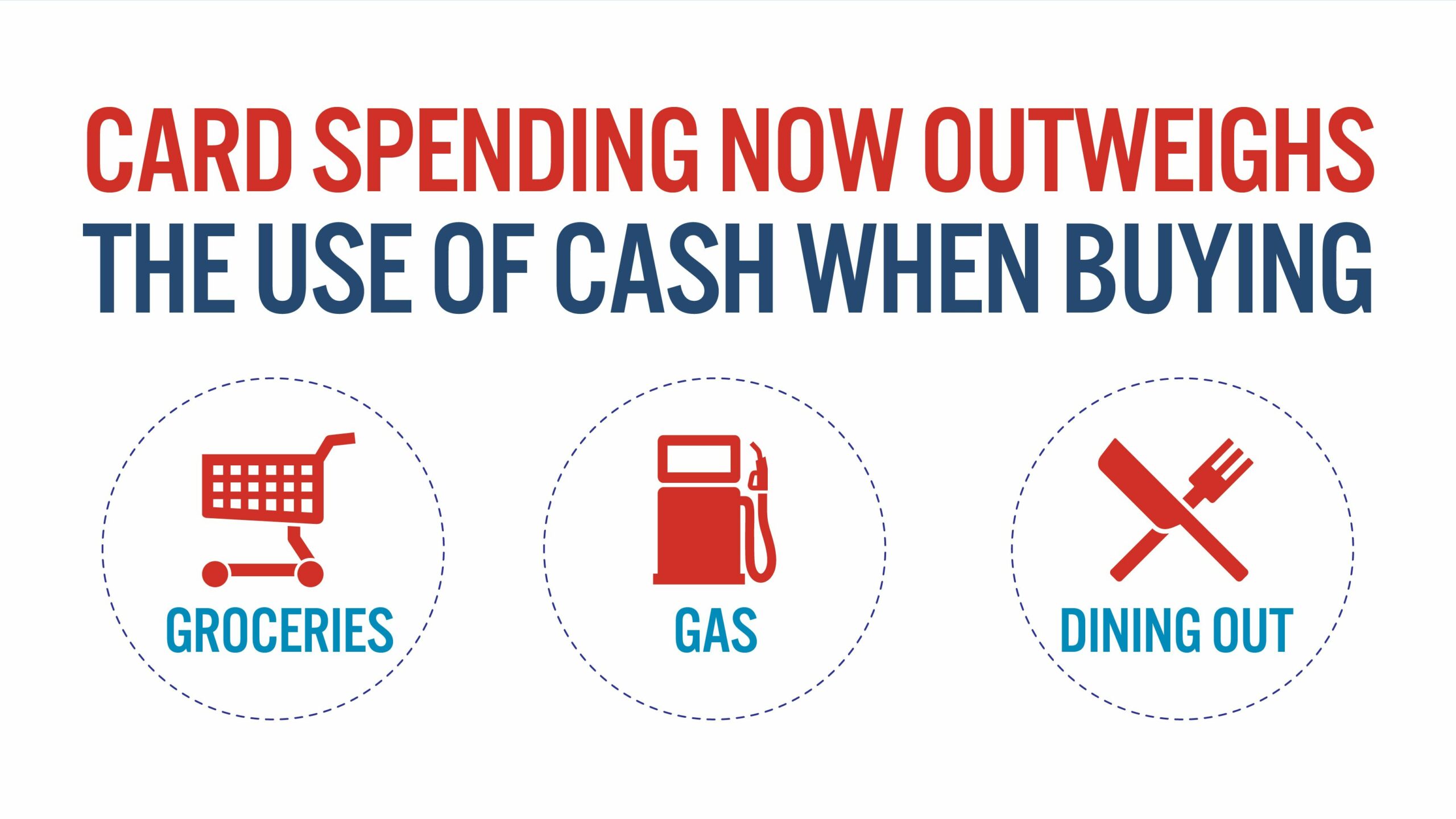 The data indicated that people believe credit card purchases actually allow a person to stay on top of their finances more, with 44 percent of people agreeing they are more likely to spend money if they have it in cash.

Respondents were also more than twice as likely to cite cash as the hardest form of payment to track compared to spending on a credit card.

Mark Mattern, Managing Vice President, U.S. Card, at Capital One said, “The research provides an interesting look at the way people choose to pay for things and how the need for convenience often drives this. While it’s perhaps expected that millennials would be quickest to move beyond cash payments in favor of more convenient methods, the results could suggest that this is due to a desire to monitor their finances and spend more responsibly.”

And with the ever-growing prominence of card and digital spending, it’s perhaps no surprise that 61 percent of Americans studied think there’s a very real possibility that cash will one day disappear altogether.

“The results indicate a shift in mentality when it comes to everyday spending.  We know from conversations with our customers that they are hoping for a continued frictionless experience with their payment options. At the heart of what we’re doing, it’s really about empowering people to feel confident about their relationship with their money. We constantly work with our customers in mind to create payment solutions that fit their busy lives. In addition to our rewards credit cards like Venture, Quicksilver and Savor, Capital One is proud to offer Zelle, a revolutionary payment system designed to connect our customers and help them make money move easier, safer and faster.” said Mattern, Capital One. 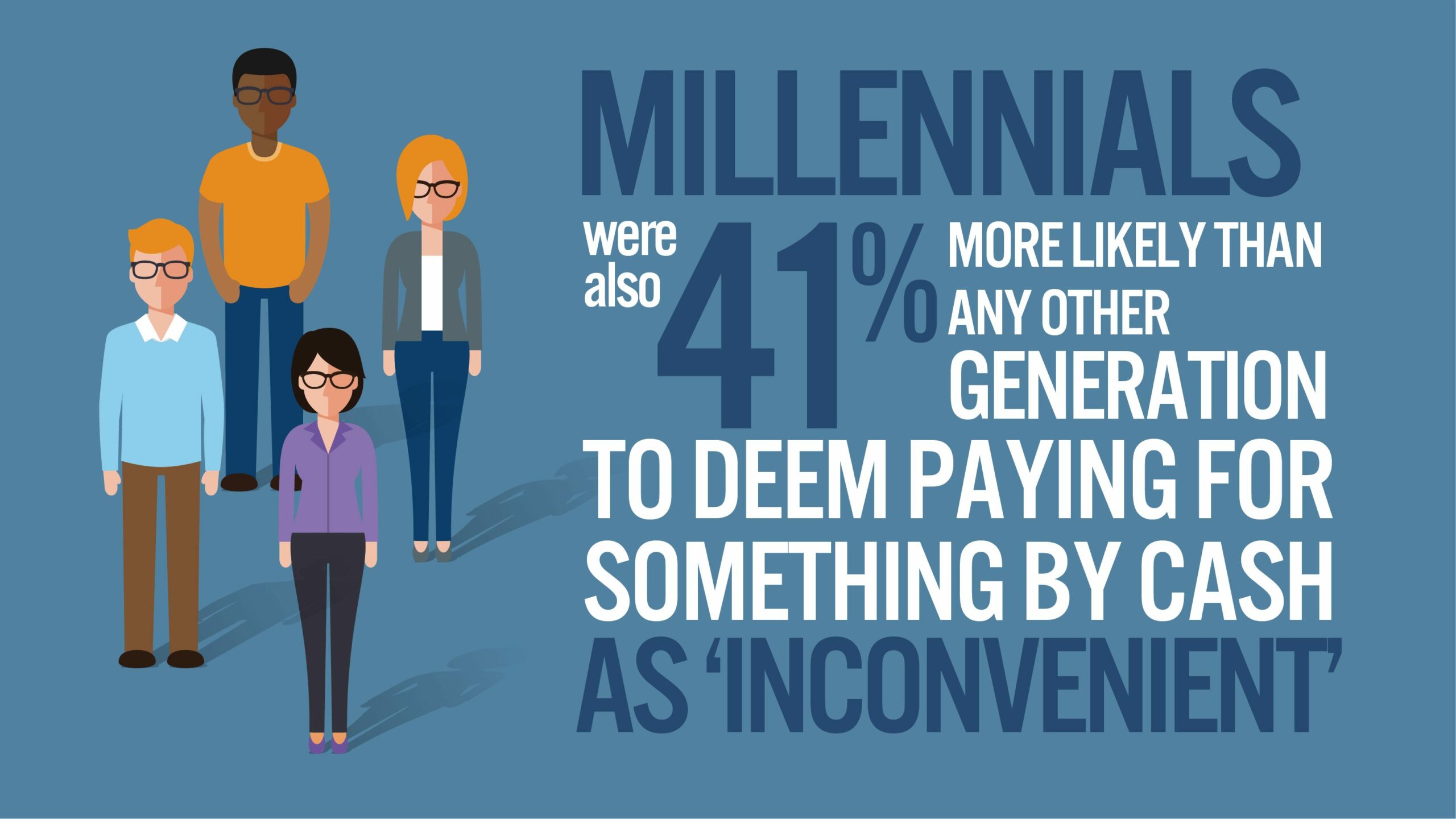