Being a “sex machine” is about to take on a whole new meaning, because according to new research, four in 10 Americans say they would have sex with a robot.

A new study asked  2,000 Americans their thoughts around the concept of “sexbots”, robots that you can, well, have sex with, and, found that curiosity would get the better of one in four Americans, who said they’d have sex with a robot at least once just to try it.

However, a captivated 16 percent of Americans are already all the way on board with the idea of sexbots, saying they would have sex with a robot “frequently” were they readily available.

These fascinating results emerged from a new survey conducted by sex toy shop  EdenFantasys.com, which also revealed that, interestingly enough, men were 21 percent more likely to say they would have sex with a robot.

The survey went on to ask people how much they’d pay for their ideal sex robot, and found that the average American would pay an astonishing $1,666 for their perfect idea of a sexbot, with men willing to shell out an extra $560 more than women.

So, what is that ideal sexbot exactly? The study went on to explore that idea, finding that 41 percent of Americans would prefer their sexbot to be capable of talking, creating memories and having sentience.

And while it was near overwhelmingly agreed upon that a realistically human-looking sexbot is preferred, there was still a curious four percent of respondents who said they would rather have sex with a robot that looked more like a traditional robot.

Shockingly, 16 percent of the 2,000 Americans studied would even prefer to have sex with a robot than a real human.

Some would even rather date a robot, with 13 percent saying they’d prefer a relationship with a robot than a human.

“Robots are entering human spaces everywhere and, as the research shows, sex will not be an exception,” said Fred Petrenko of EdenFantasys. “Creating a perfect sexbot will be a huge challenge both scientifically and commercially. But we are still a few years away yet.” 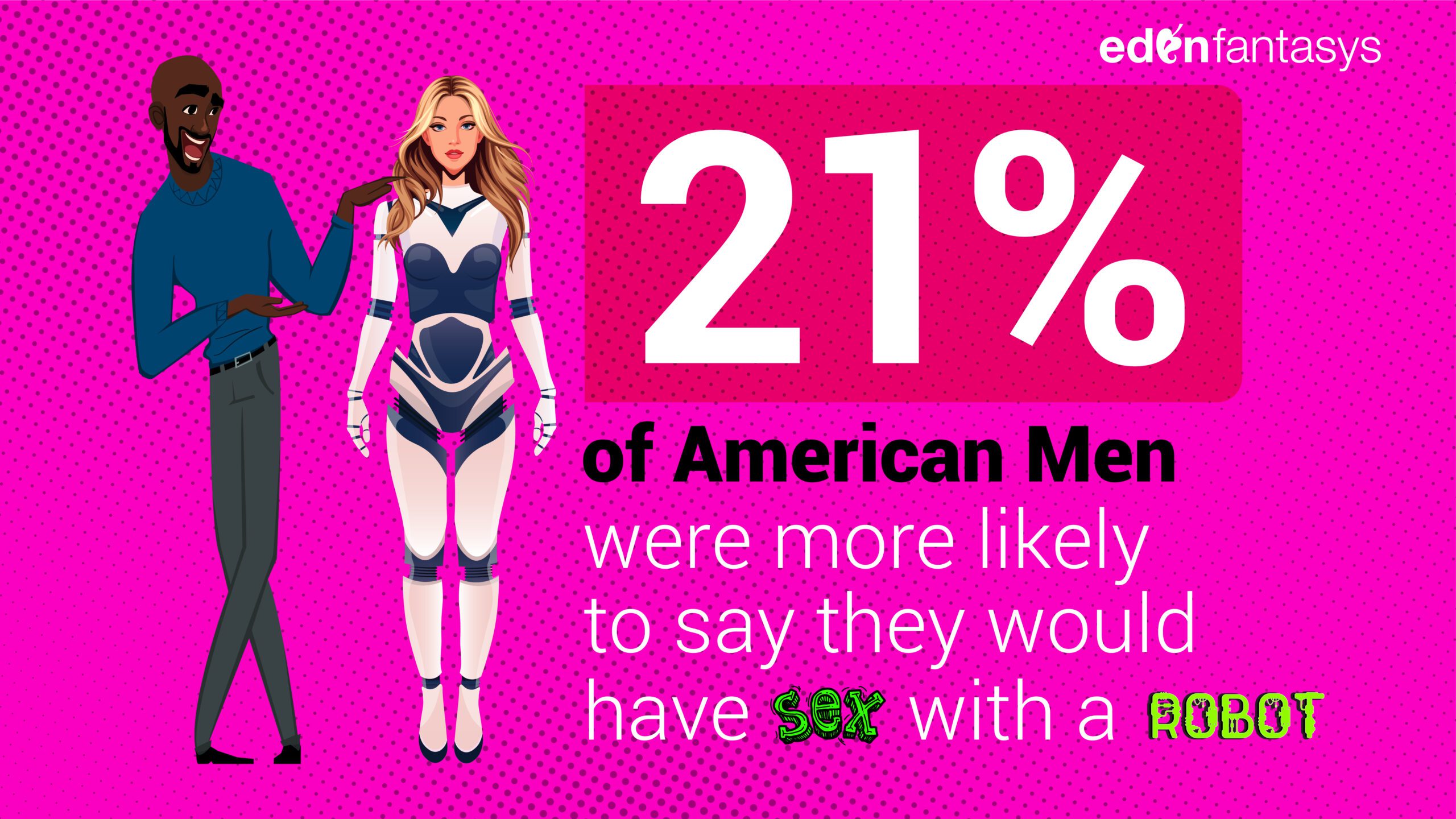 But there is a peculiar 21 percent who do believe doing the no pants dance with a piece of hardware is actually traditional sex.

Bringing up a slightly dystopian predicament: if your partner has sex with a robot, would that be considered cheating?

According to 30 percent of Americans, yes.

And even more (53 percent) would consider it cheating if the robot was physically attractive and had its own personality.

The survey went on to explore what Americans actually consider cheating in an exclusive relationship and found that 44 percent think just holding hands with another person of the opposite sex is cheating. 15 percent aren’t even okay with their partner viewing pornography. 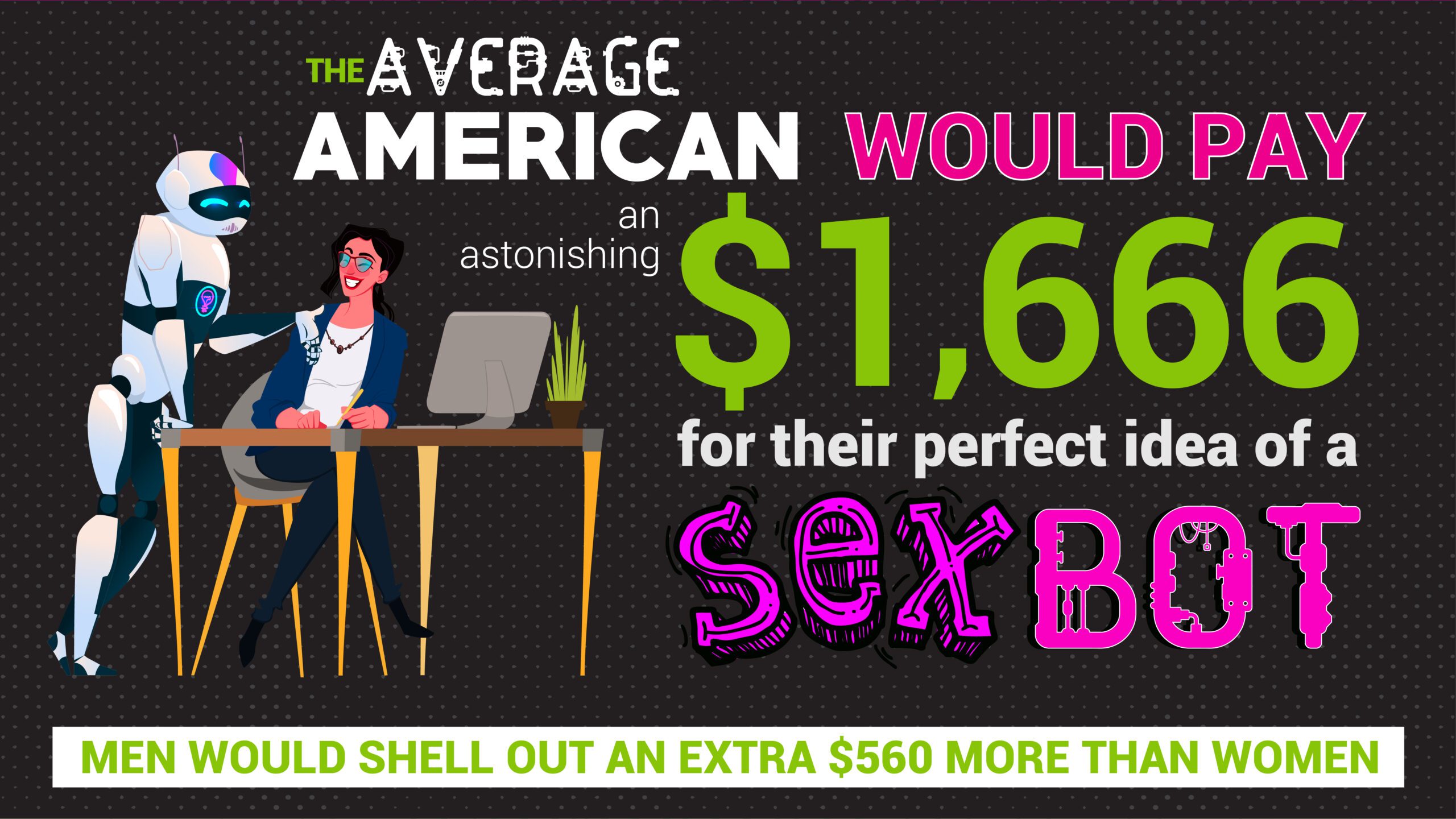 So it’s no surprise that “actual sex” with a human-esque robot might get some people uncomfortable.

But one thing people seem to agree on is that sexbots are a societal inevitability, with 55 percent of Americans saying they expect sexbots to be commonplace in 50 years or less.

“There’s a huge distance between a sex toy and a sex bot, but the idea of a fully functional sex robot is certainly enticing for many Americans,” said Petrenko. “EdenFantasys is excited about a real potentials of the market.”