The secret to getting fit is getting new clothes, study finds

Struggling to exercise? When it comes to working out, dressing for success really does work, according to gym lovers.

A new study of 2,000 regular gym-goers explored the secrets of maintaining a good routine and found seven in ten (69 percent) say simply getting in your gear is the real key to motivation. 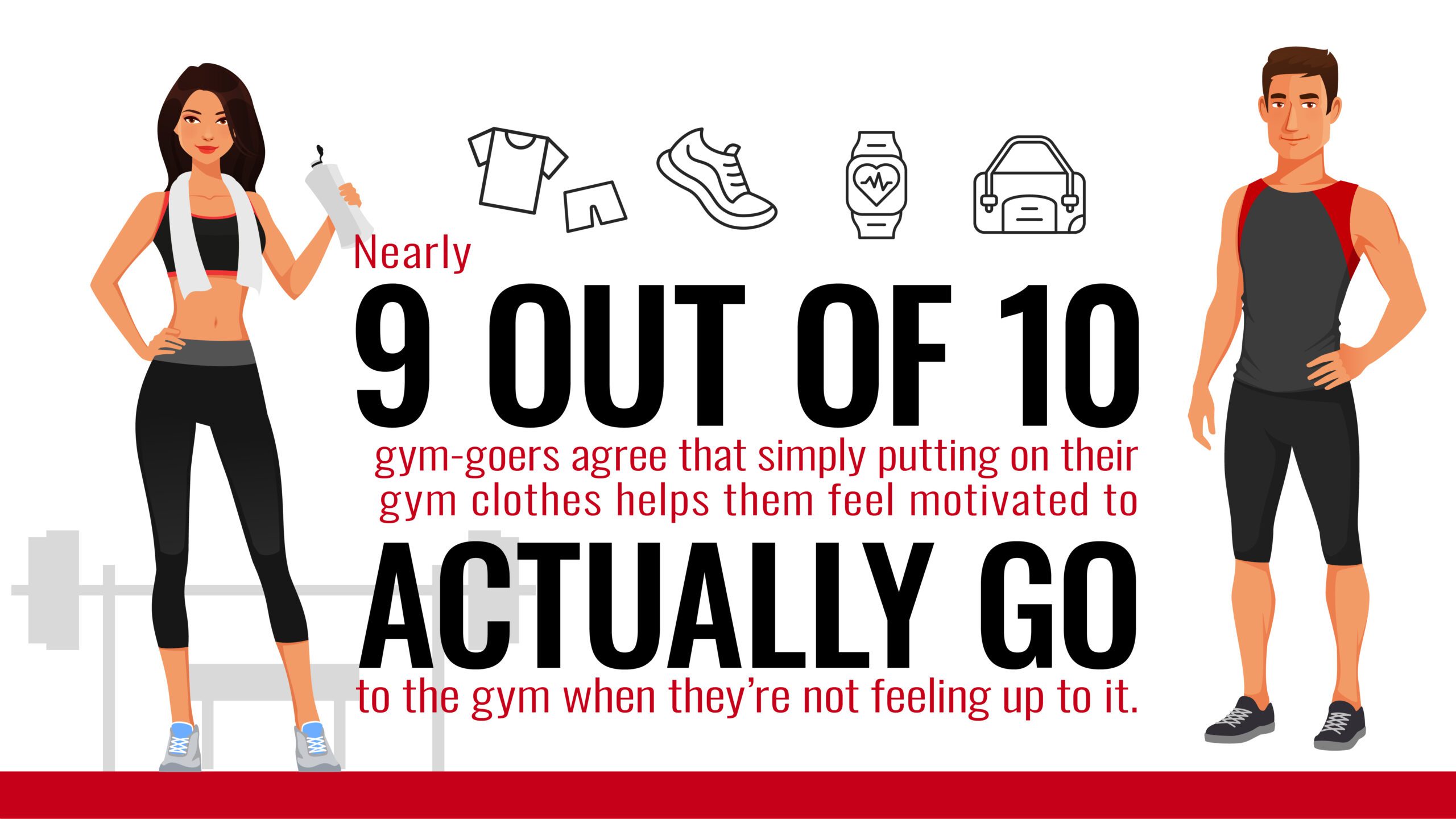 In fact, the 'fake it to make it' theory may also prove true - nearly nine out of ten gym-goers (88 percent) agreed that the simple act of putting on their gym clothes provides the biggest surge of motivation.

But it's not just dressing for success that leads to gym glory, talking the talk really can help you walk the walk, apparently. 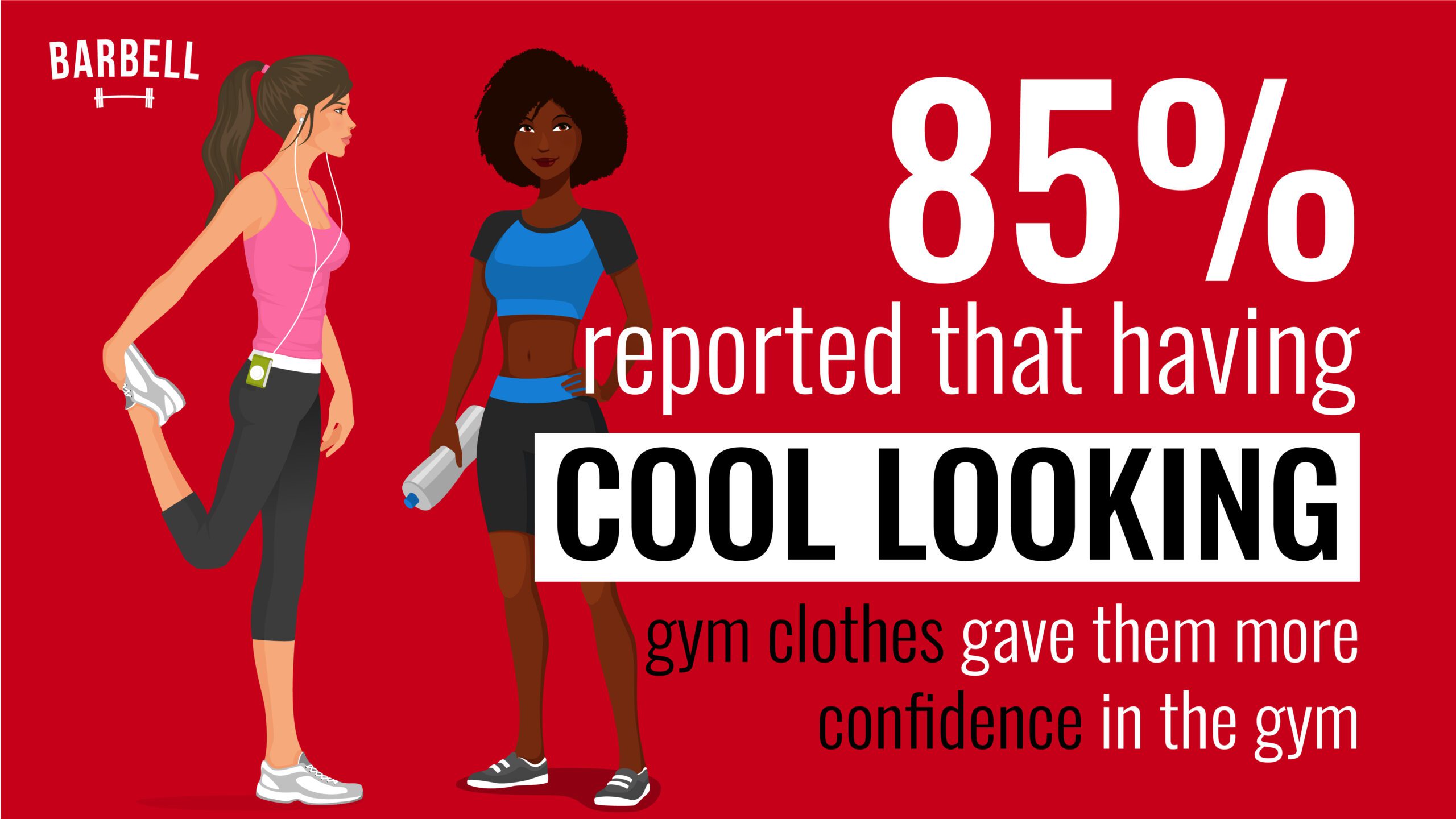 Those that need help getting to the gym for that summer bod, weight loss goal or other aims should simply try talking about going to the gym, according to exercise enthusiasts.

33 percent of survey respondents said just talking to others about going to the gym helped them hold themselves to it later.

34 percent have stayed motivated by taking a class at their gym, and 11 percent said having a crush on a fellow gym member was enough to get them through the door. 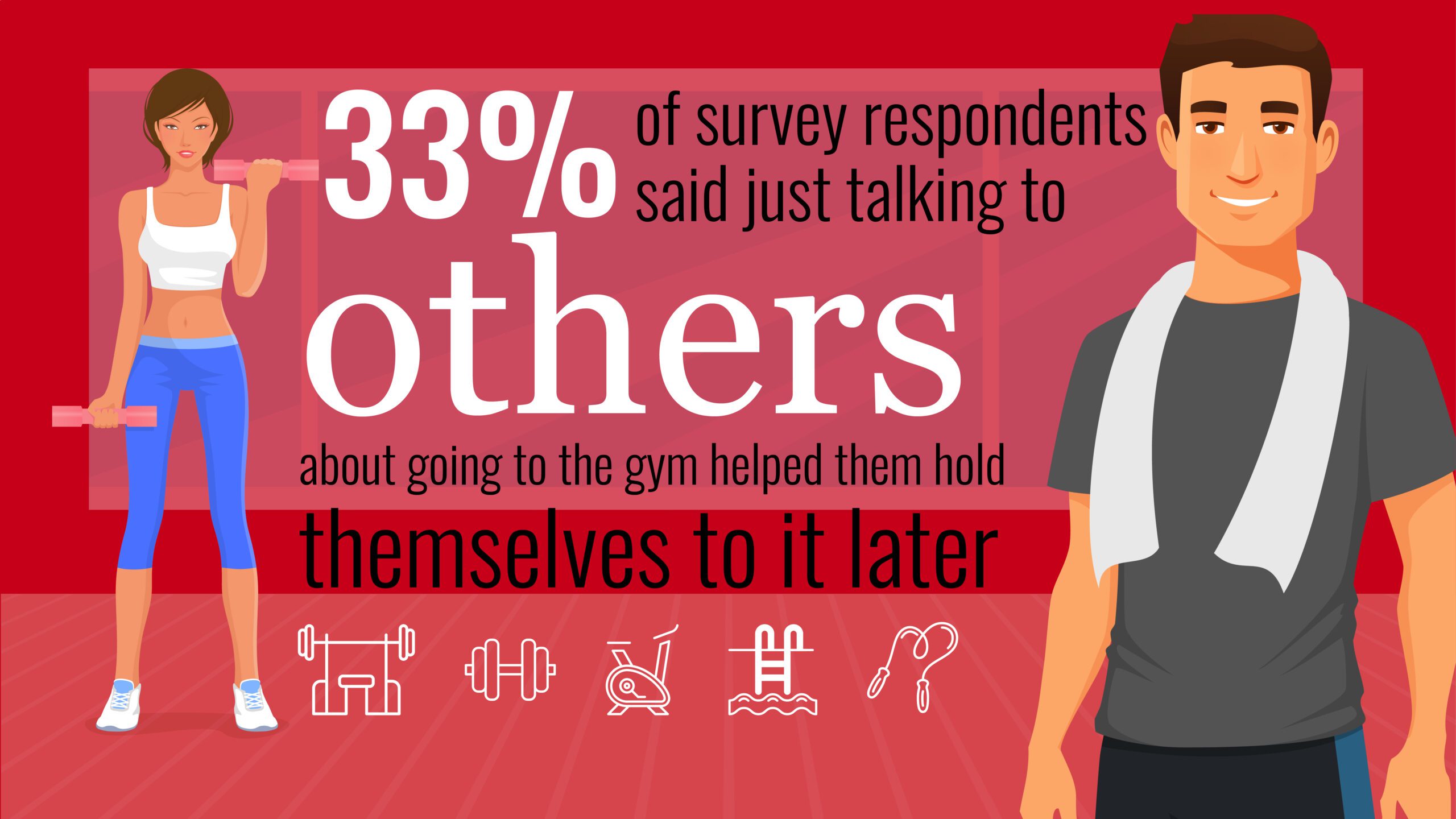 Music was also a big factor, as 39 percent reported that listening to a psych-up playlist gets them in the right frame of mind to go to the gym.

Over half of American gym-goers (58 percent) believe that listening to music during your workout is vital.

“Confidence is half the battle, and having workout gear that highlights your hard work really helps motivate you to get your sweat on,” said Alex Hanson, co-founder of Barbell Apparel. 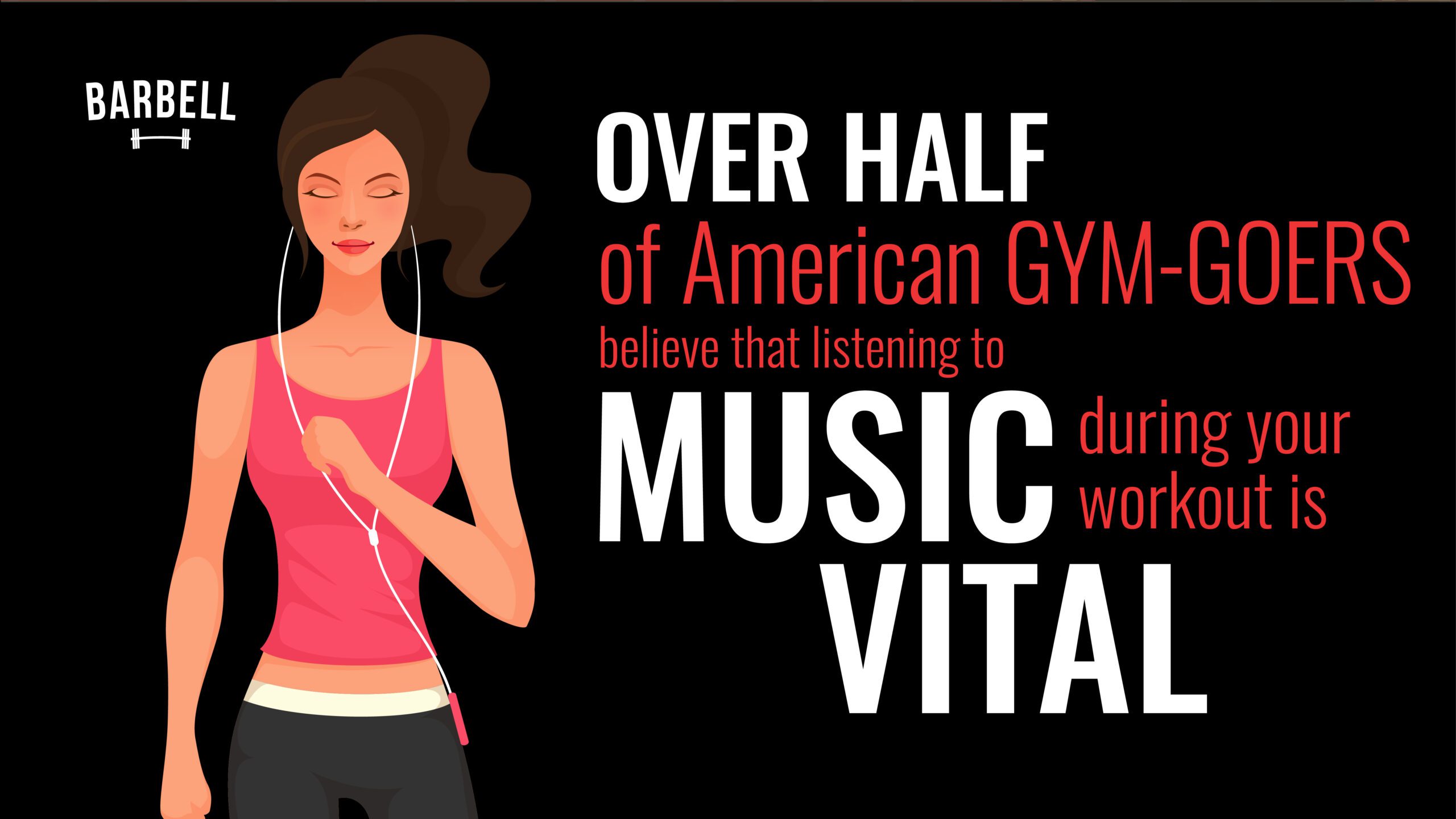 “The results show that just putting on some workout clothes can greatly increase motivation. We’ve always intentionally designed our gym wear to help highlight the best parts of your body.”

The motivation brought on by the clothes doesn’t only get people through the door, it helps them during their routine as well, according to the data.

Nine out of ten (90 percent) gym-goers agree that just owning performance-based gym clothes allows them to push themselves more during their workout. 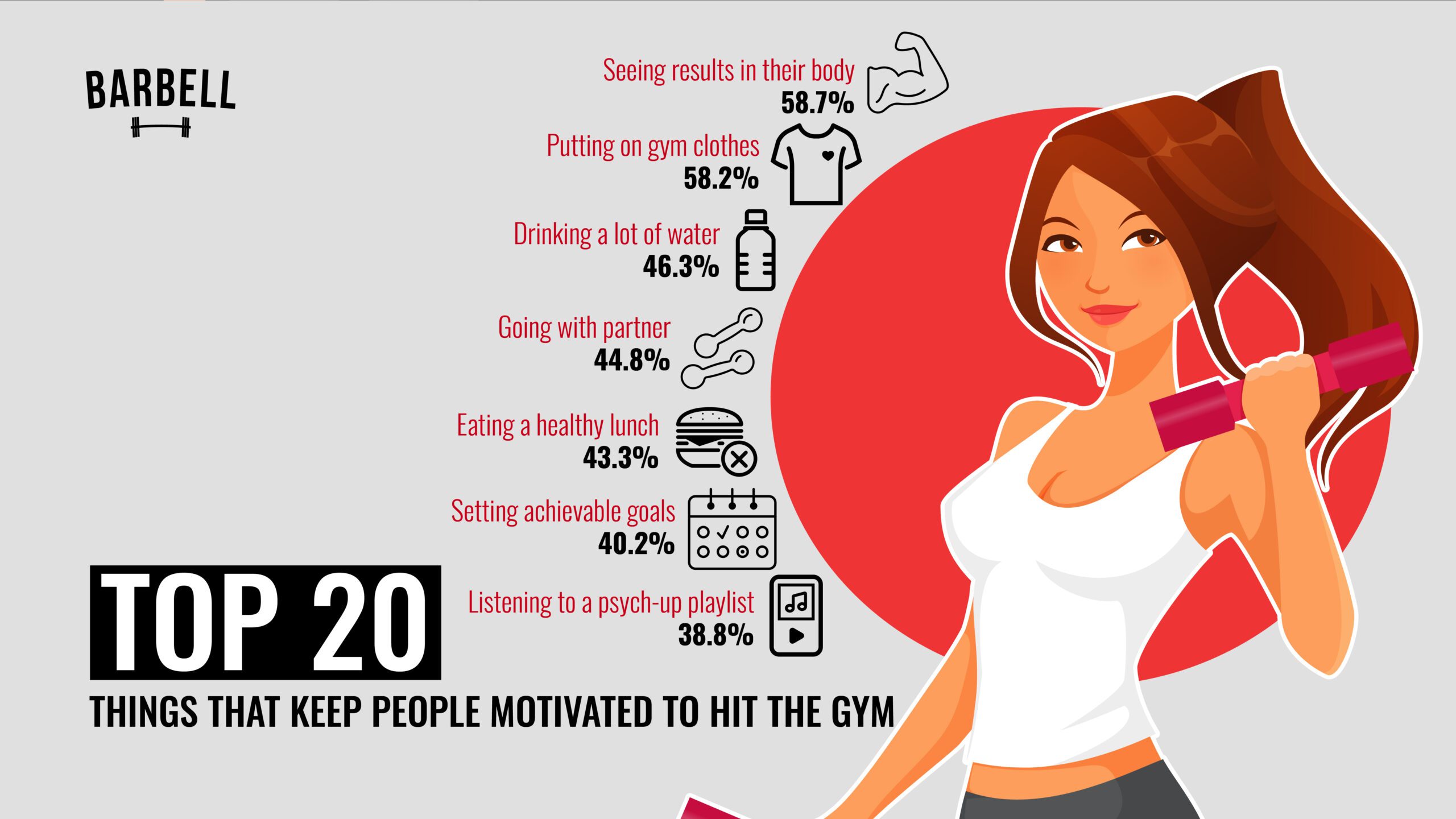 But it’s not just a comfort thing. Looking the part really is half the battle, according to the data. 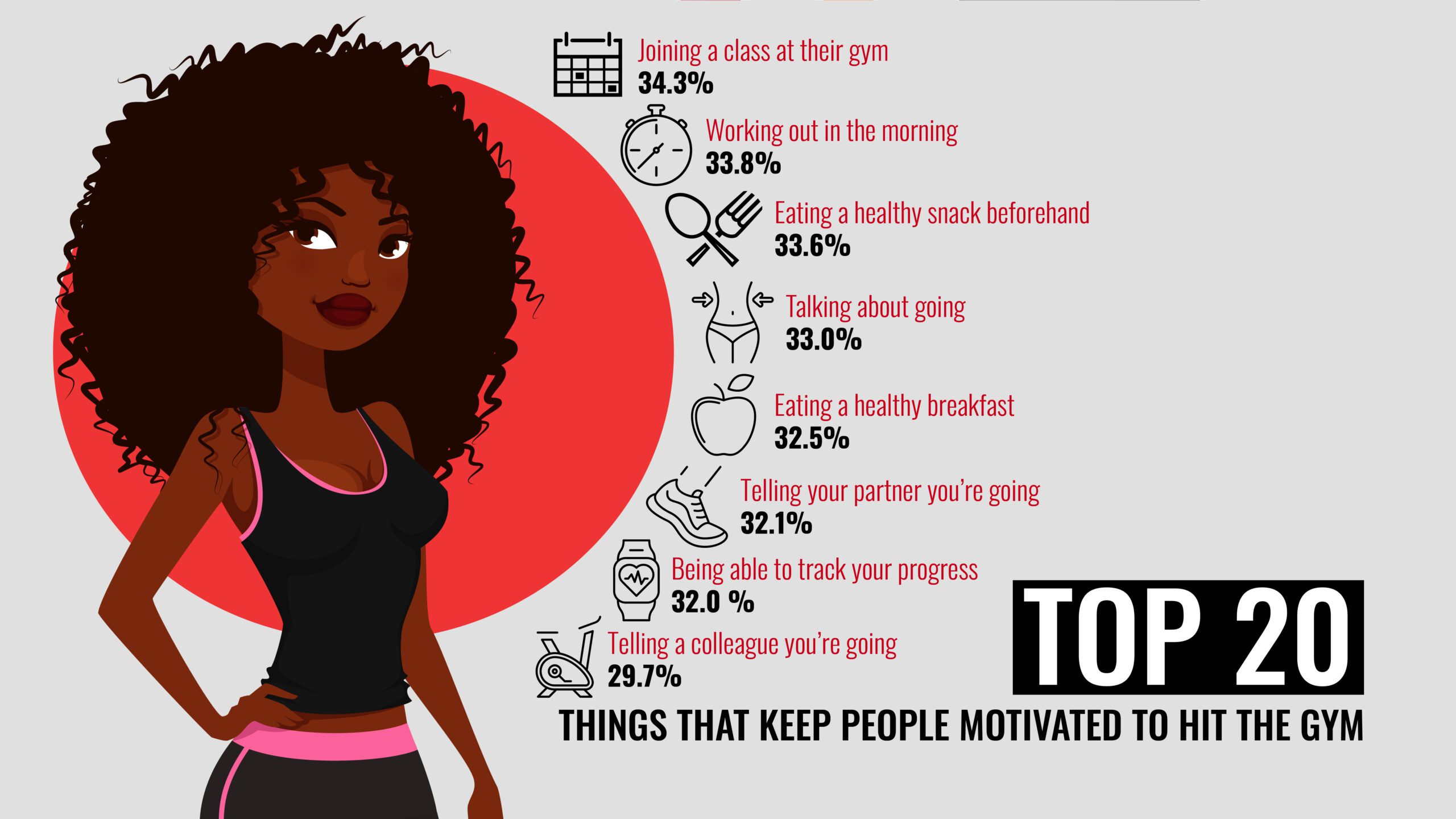 One in four (24 percent) also reported that they perceive people with good gym clothes as someone who knows what they’re doing.

“Your fitness isn’t a result of what you do today, it’s the culmination of what you’re willing to do every day,” said Hanson. “We founded our company with the belief that expertly made clothing could help support and motivate people to reach their full potential in the gym. Sometimes all it takes to tackle that next workout, is putting on an amazing fitting piece of clothing that motivates you. At the end of the day, those who get the best results are rarely the most talented, but almost always the most motivated.”

Top 15 things that keep people motivated to hit the gym:

These are the 40 things that make you a grownup