Parents are even more mind-numbingly busy than we thought, survey finds

Hectic parents have such busy schedules they eat 156 meals standing up every year, according to a new survey.

A study into the everyday lives of 2,000 parents found many are so frantic they are forgoing their health just to keep up - eating over 150 meals on the move, skipping meals and even prioritizing their pet's health before their own.

The new survey, conducted by OnePoll on behalf of Jenny Craig, found that parents are so busy that 54 percent admit to dipping into their child’s snacks just to get a bite to eat sometimes. 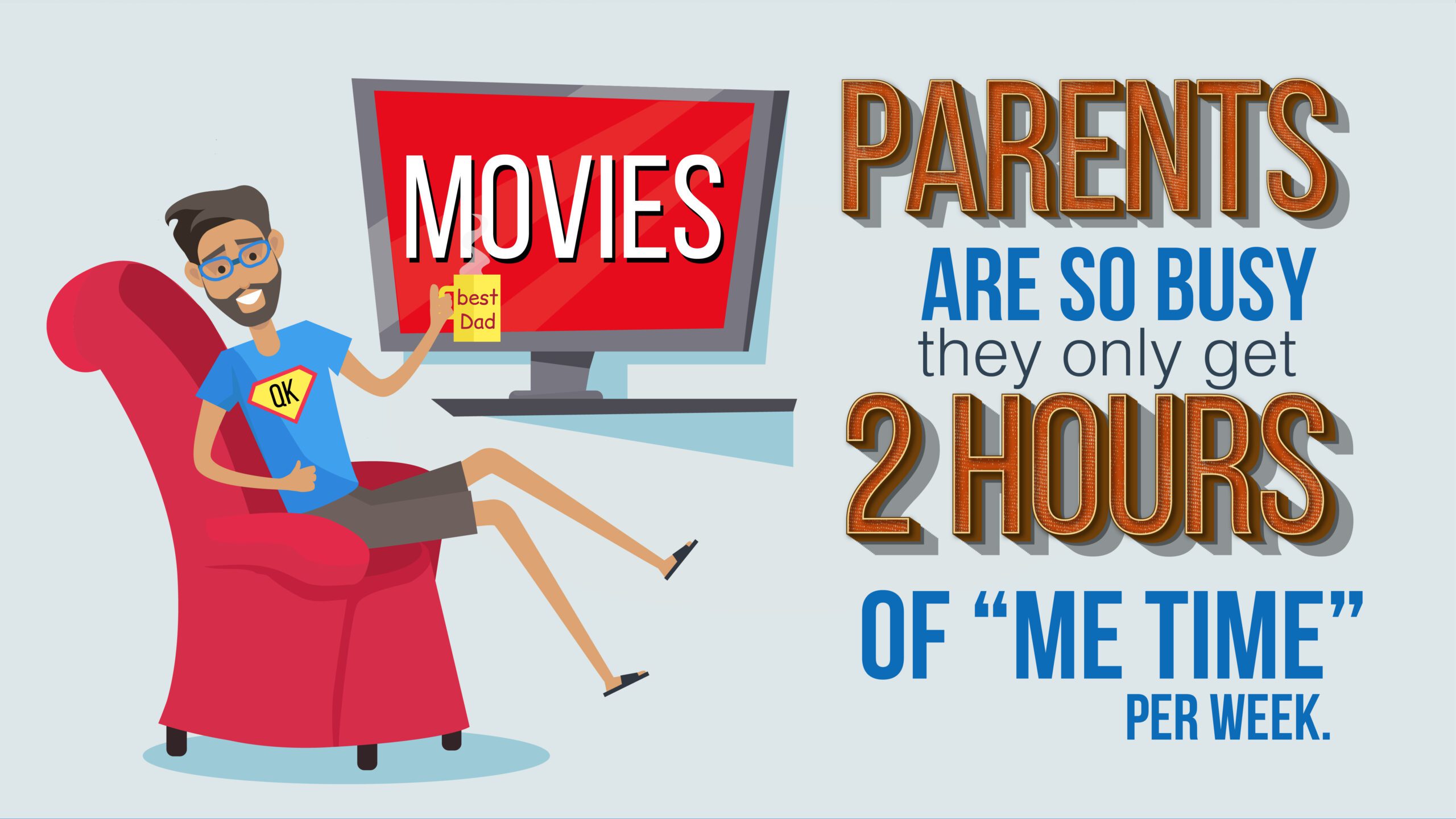 Results also showed that moms and dads spend 27 hours a week on basic parenting tasks such as cooking for the family and taking the kids to school or activities, with moms logging nine hours more on average a week.

Parents are so busy, in fact, that they only get just over two hours of “me time” per week. That’s just 21 minutes a day; not even enough time to watch their favorite sitcom.

Moms, in particular, get even less – 56 percent of moms polled get less than 15 minutes a day of “me time” per week.

And it seems parenting really is a full-time job with no sick leave- 47 percent of moms and dads say they don’t feel like it’d be possible to take a day off from their parenting tasks even if they’re feeling sick.

With fully packed schedules, the results show that parents don’t have much time to dedicate to healthy eating and taking care of their own wellness.

Nine out of ten (91 percent) parents say they make unhealthy meal choices for themselves because they’re too busy looking after the family. One out of four (25 percent) do this regularly.

And 93 percent of parents say that they have indulged in late-night snacking because of their busy schedules, with one in five doing so frequently.

When it comes to who eats better in the house, as far as quantity and quality, 57 percent of parents say it’s their kids who have a much healthier diet.

In fact, over half (57 percent) say that being a busy parent has contributed to them gaining weight. 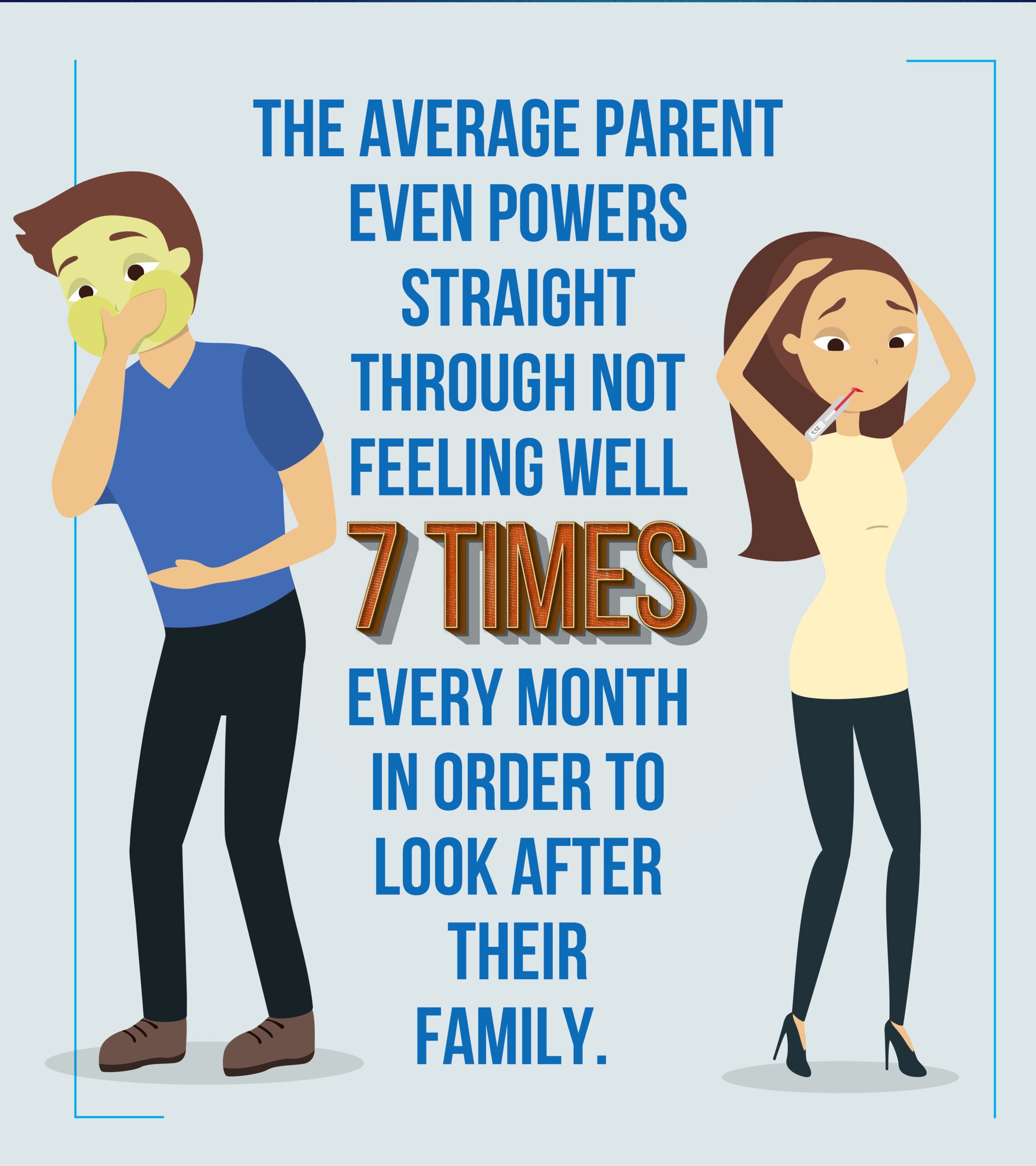 “We can see from the data that parents, especially moms, are often sacrificing their own health and wellness in favor of taking care of their family,” said Monty Sharma, president and CEO of Jenny Craig. “It is critical for weight loss and healthy eating programs to respect the lack of time that parents have today. We must provide them with plans that are simple in design and take the extra work out of healthy eating.”

For 82 percent of parents, their kids’ health comes before anyone else’s in the family.
In fact, more than 62 percent of moms said they prioritize their health the least in the household (pets were included in the survey question).

According to Dr. Pamela Peeke, assistant clinical professor at the University of Maryland School of Medicine, “if you are not healthy, then you won’t be able to manage the health care of others. Parents, and moms specifically in this case, need to be supported to believe that it is OK to prioritize their own health to be at their best to care for their family.”

The survey results also show that parents don’t have the time to let a little cold or flu stop them from managing the schedule and lives of the family.

In fact, the average parent polled powers through not feeling well seven times every month in order to look after their family.

“Think of the little things you can do every day to contribute to your overall health,” said Dr. Peeke. “Find outside support to help you plan healthy meals and to achieve your health and wellness goals. Schedule daily self-care and make it a routine part of your schedule, just as you would any other appointment. Make that commitment to yourself for you and for your family.”

Turns Out Your Mom May Not Love Your Presents, Study Finds