Cleaning the toilet is officially the most hated chore in America, according to a brand-new study.

A study of 2,000 Americans examined the extent to which people manage their domestic lives and found some cleaning and organization tasks are much less popular than others.

The list includes such never fun tasks as cleaning the oven (41 percent), removing hair from a drain (38 percent), and unclogging the sink (33 percent). One in ten (9 percent) don’t even like to be bothered to empty the dishwasher. 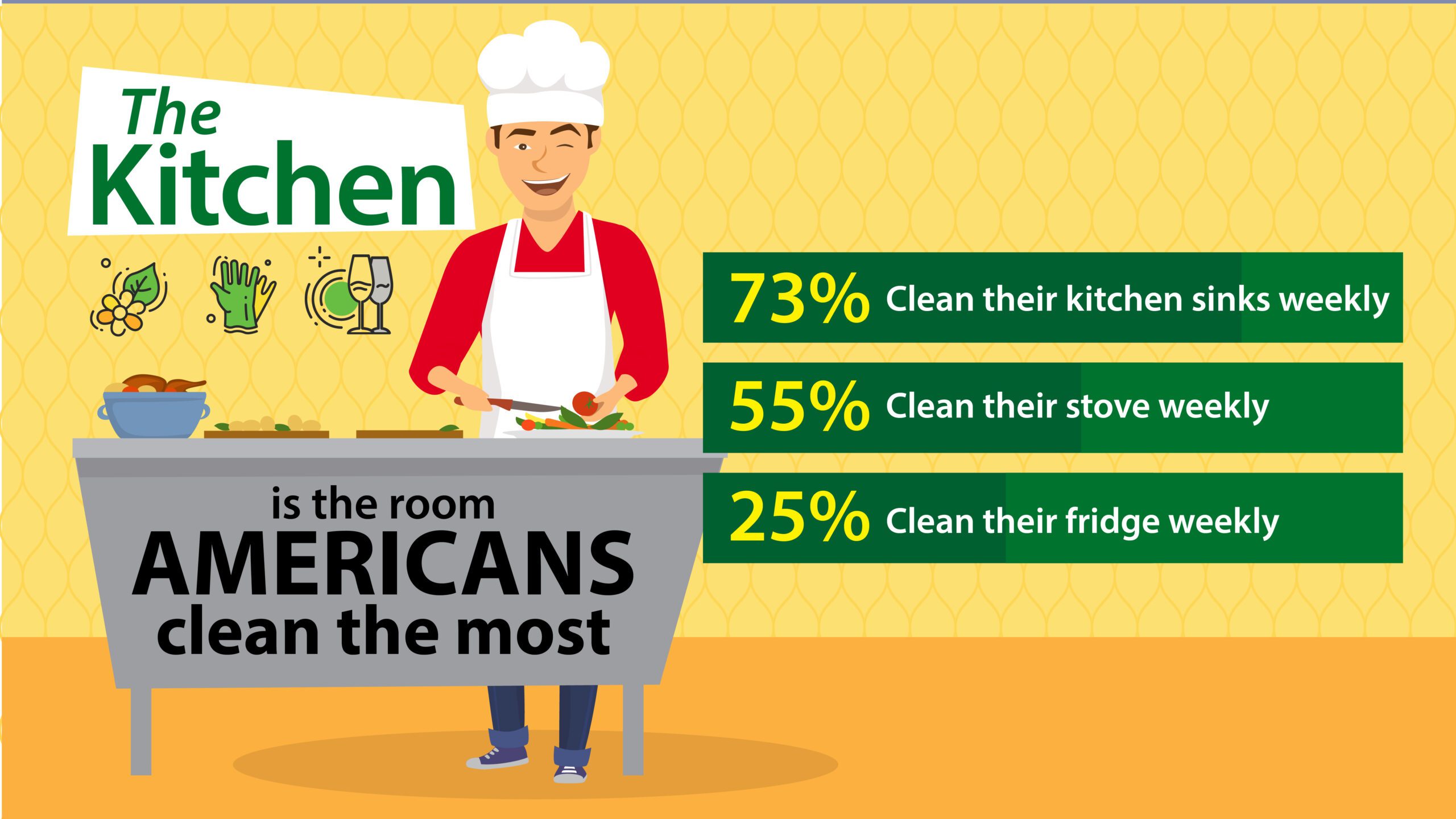 The emergence of this data came from a new survey conducted by shelf liner provider Duck® brand. The research examined peoples’ cleaning attitudes and routines and found that, while some chores are more fun than others, Americans are surprisingly on top of it.

For instance, the average kitchen gets cleaned eight times a month on, making it the cleanest room in the American household.

The bathroom is the second cleanest room, with the average bathroom getting cleaned an impressive seven times a month. A heroic 55 percent say they even clean behind the toilet once a week.

How are you at keeping the fridge clean and tidy? Any less than once every four weeks and you’ll be lacking behind the six in ten Americans that make it a point to clean their fridge at least once a month.

But while Americans are certainly on top of their chores overall, over half (55 percent) still feel like their home is less organized than it should be. 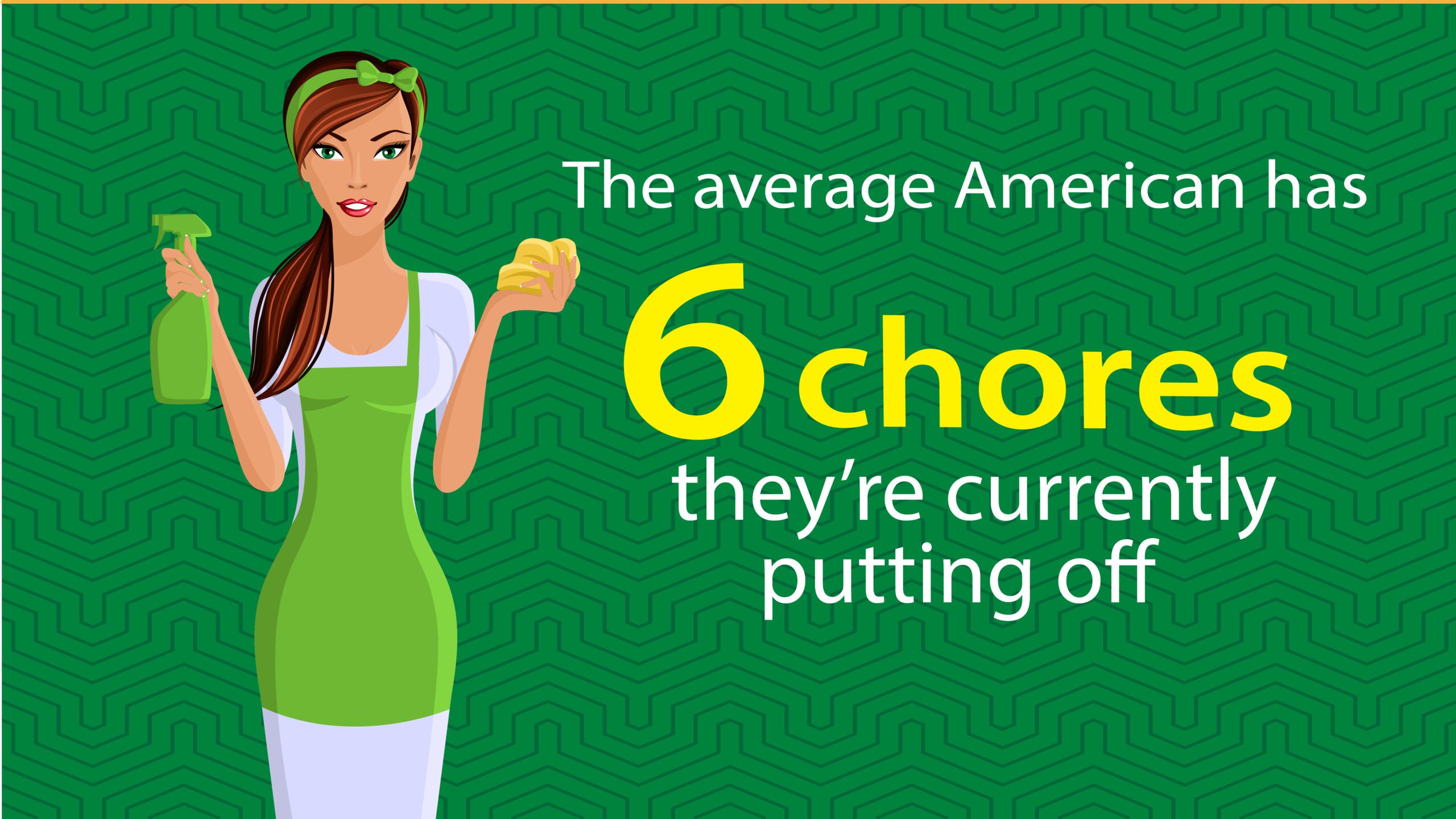 “Cleaning and organizing can feel like a chore, but it’s easier than one might think,” said a spokesperson for Duck® brand. “Staying focused on the task at hand is key. Taking little productive steps, such as laying down some shelf liner, is also an easy shortcut to stepping up your organization game.”

One in four Americans clean the high shelves in their home or apartment, at most, once a year, with five percent saying they don’t actually remember the last time they gave them a clean. 44 percent of Americans also claim to be using shelf liner as an effective means of organization and surface protection.

But no matter how often you tidy up the house, it can sometimes feel like there’s always something around the house that needs your attention.

In fact, the average American currently has six chores they’re putting off, and a leisurely four percent report having over 26 outstanding chores. 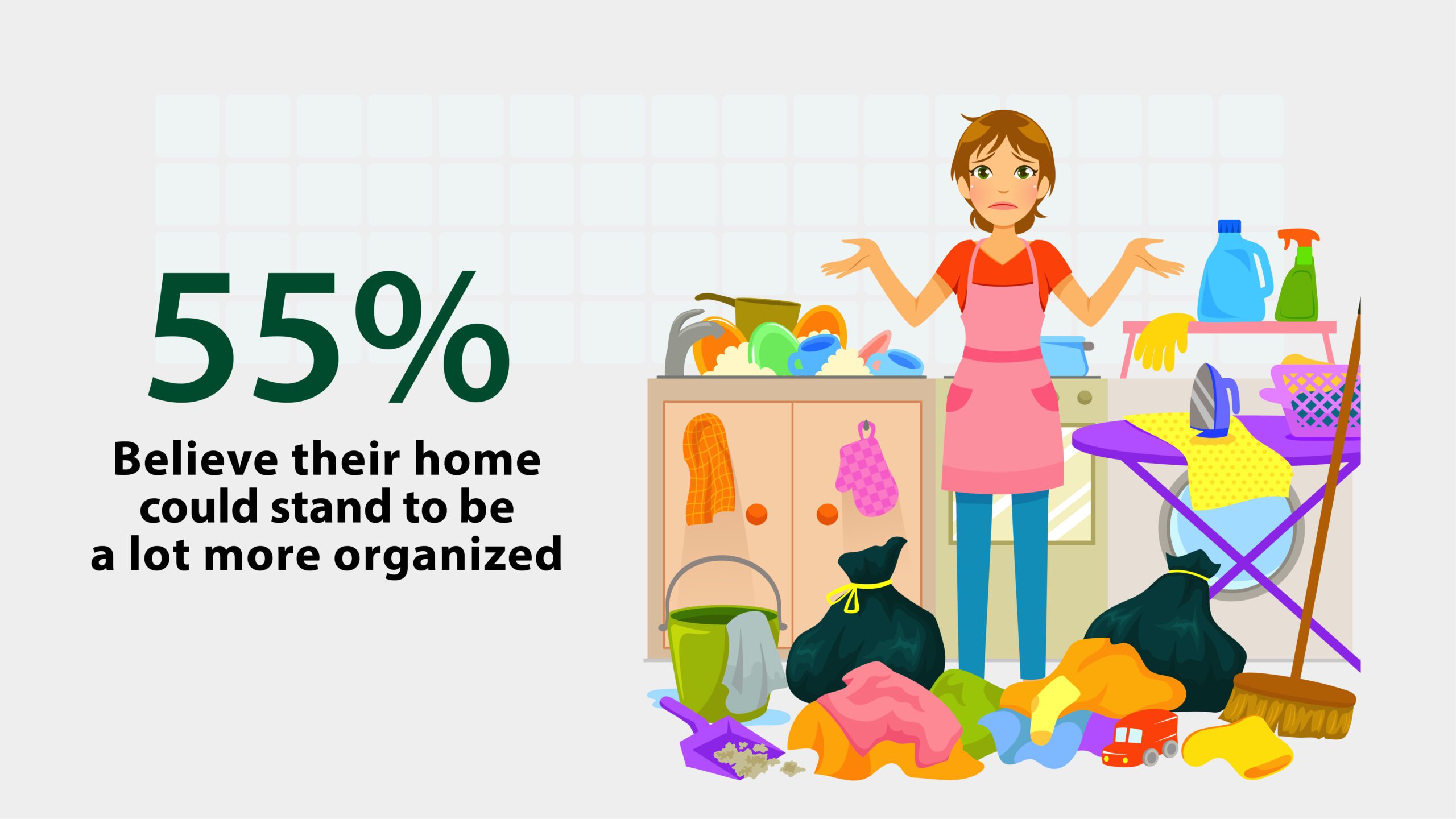 With many Americans feeling that their home is disorganized, and a seemingly never-ending list of things to do, how does the build-up take toll? The answer seems to be shoving things in a drawer.

Results showed those “junk drawers” in your home are actually a more common amenity than you might think in America, with 80 of Americans reporting they have at least one, but the average household actually has three of these mysterious, miscellaneous drawers stuffed with random things.

“They say if you can’t fix it with duct tape, you’re just not using enough!” said a spokesperson for Duck® brand. “It’s no wonder that it’s a must-have in everyone’s home, even if they can’t find a real place for it.”

Study Examines the Key Differences Between Introverts and Extroverts

Study Examines the Key Differences Between Introverts and Extroverts