Six in 10 Americans admit to starting a relationship off with terrible sex—new study suggests.

A study conducted by OnePoll in conjunction with Pure Romance examined the first-time sex habits and experiences of 2,000 Americans and found that 56 percent had awkward or simply terrible first-time experiences in the bedroom.

But, only three in 10 Americans say they’d break things off with someone if the sex was not good the first-time. 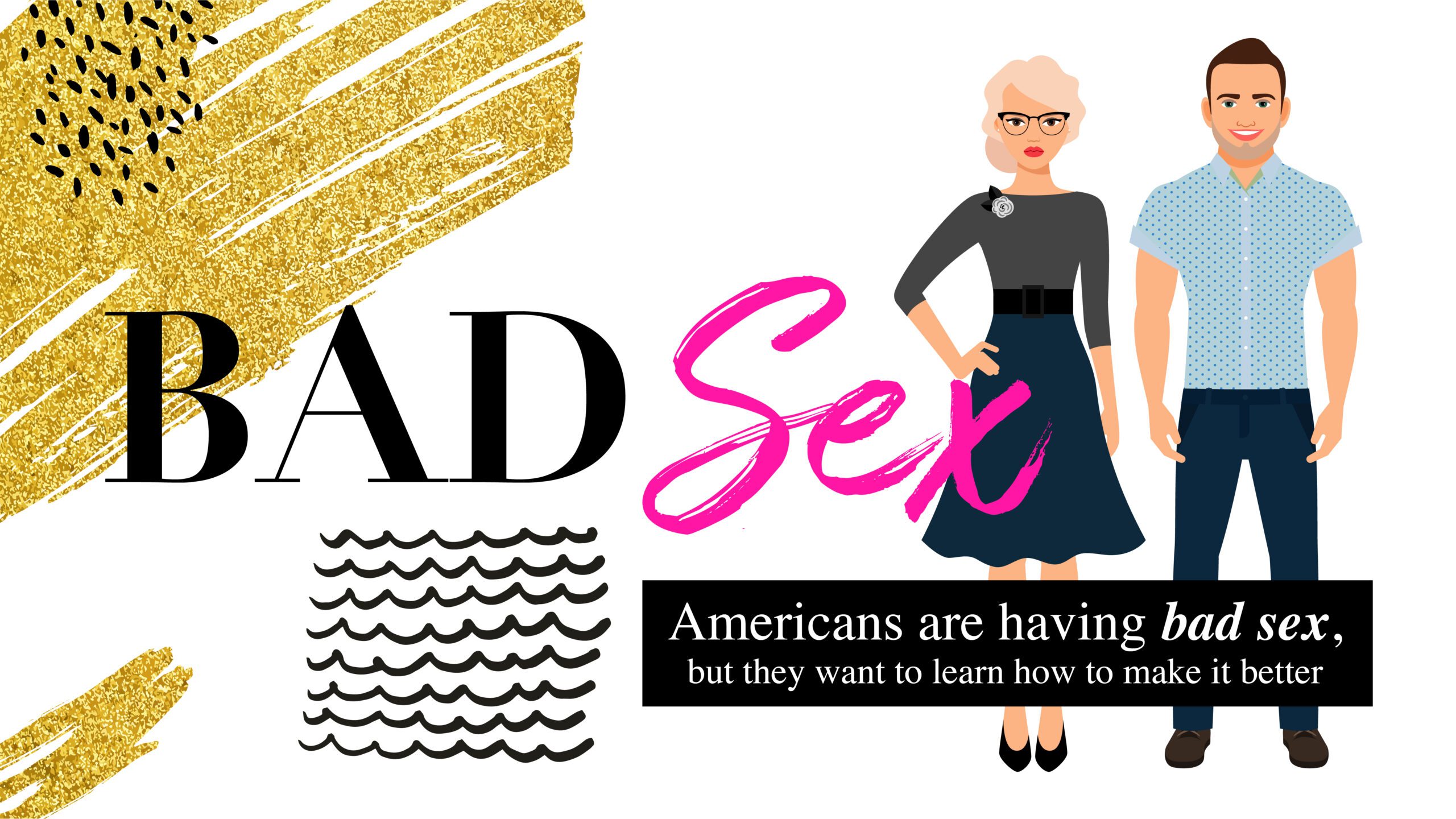 When it comes to first-time sex with a new partner, insecurities are bound to arise. In fact, more than half of Americans (53 percent) worry about how their body looks, while 48 percent are worried about making sure that they are able to please their partner.

It’s no surprise that over half of Americans (56 percent) reported feeling anxious before having sex with a new partner.

But, people are still excited about the experience—with 69 percent admitting that they get feelings of excitement right before having sex with a brand-new partner for the first time.

Even so, the study found that on average, Americans will tolerate 4.5 bad sexual experiences before breaking things off.

But what exactly constitutes bad sex? Forty-eight percent of those polled believe that not reaching orgasm is a clear indication that the experience is less than great.

“Honest, open communication is key when it comes to your sex life,” said Patty Brisben, Pure Romance Founder & Chairwoman. “After all, nothing will change until your partner knows what you like—and how you like it!”

Results also showed that Americans are willing to spice things up in the bedroom to increase their chances of having better sex—in fact, 48 percent have introduced a sex toy into the bedroom.

And it’s actually men who are most likely to bring it up, with 69 percent responding they’ve brought a sex toy into the bedroom.

“Bedroom accessories, especially toys designed for couples, are an incredible way to breathe new life into your relationship,” she said. “If you’re afraid to bring it up in the heat of the moment, have a low-key conversation first to test the waters. You will likely be pleasantly surprised at their answer!” Ms. Brisben added.

The good news is that Americans are not defining their relationships based on their first sexual experience. Seventy-one percent of Americans don’t believe the first time ultimately defines the relationship.

With some experimentation, people can gain the confidence to get better and improve their sex lives. In fact, nine in 10 Americans admit they’ve experimented in the bedroom.

As a result, 71 percent of those have reported that they’ve seen a significant improvement in their sexual performance.

And six in 10 Americans feel like experimenting in the bedroom is a wonderful way to gain some confidence in between the sheets. 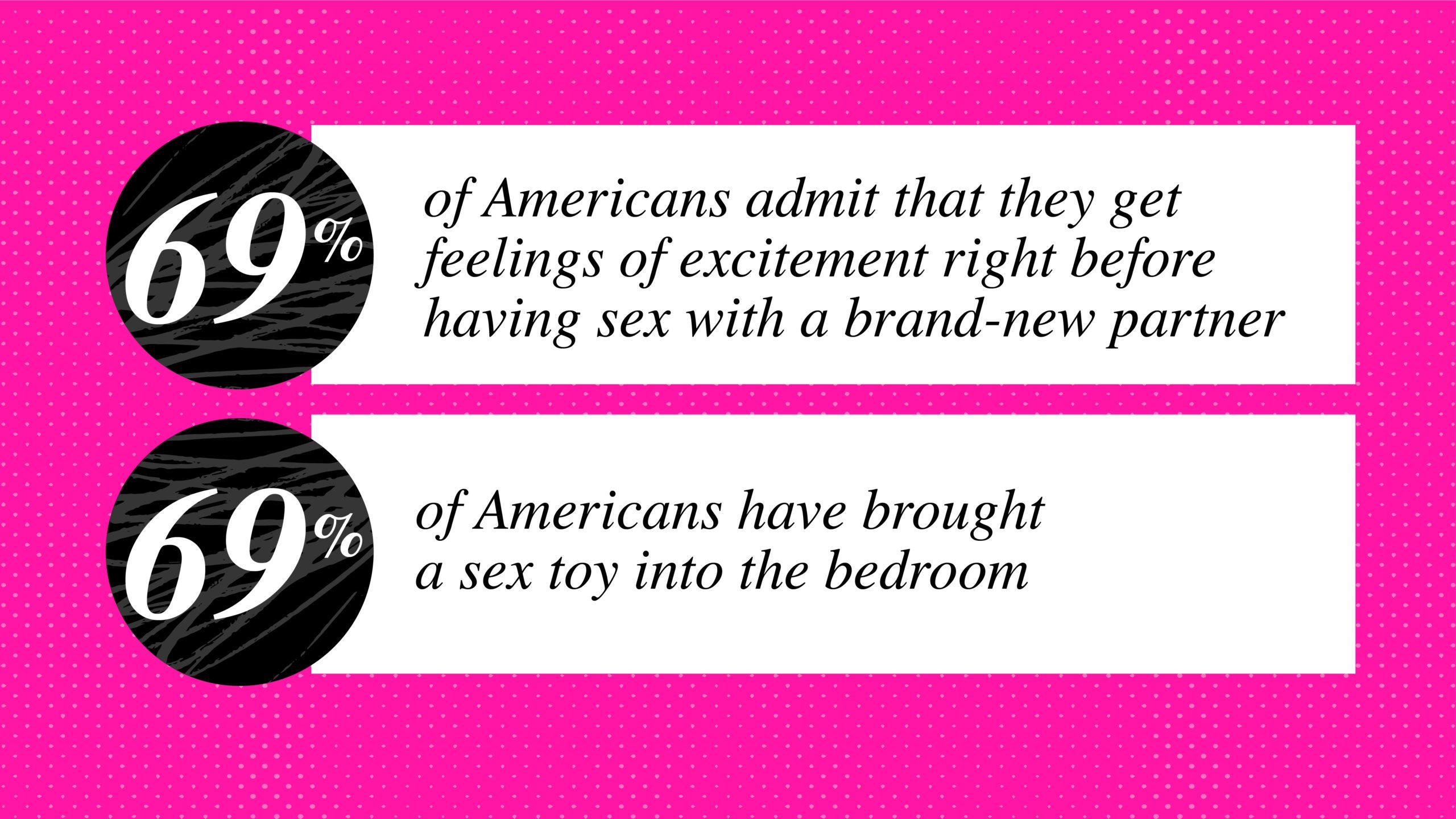 If you are looking to make a relationship work, sex is part of the equation. And that may mean that both partners need to be patient and teach one another what they prefer—like 46 percent of Americans who have taught one another things in the bedroom to make their sex lives that much better.

So what are people teaching each other to increase their sex game? It turns out that 72 percent of Americans have taught their partners new positions and how they want to be touched.

And 67 percent have even taught their partners their pleasure points so that both people have a pleasant experience in between the sheets with both parties leaving satisfied.

“Talking honestly about sex is so integral to the success of a relationship and your compatibility as partners,” Patty said. “That’s why, at Pure Romance, we believe it’s so important to educate people about their bodies and encourage them to find out what they find pleasurable, so they can better communicate that to their partners.”

For many Americans, the preferred method to cope with stress is cursing out loud