Four in ten adults still have a stuffed animal they interact with- and men are more likely to still have their teddy, according to new research.
A study examining the sentimentality of 2,000 adults found 43 percent still privately indulges their softer side with a cuddle from their favorite stuffed toy. 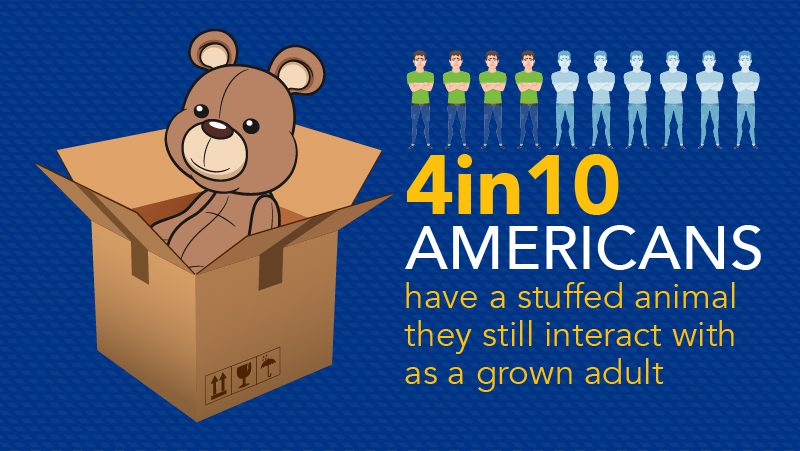 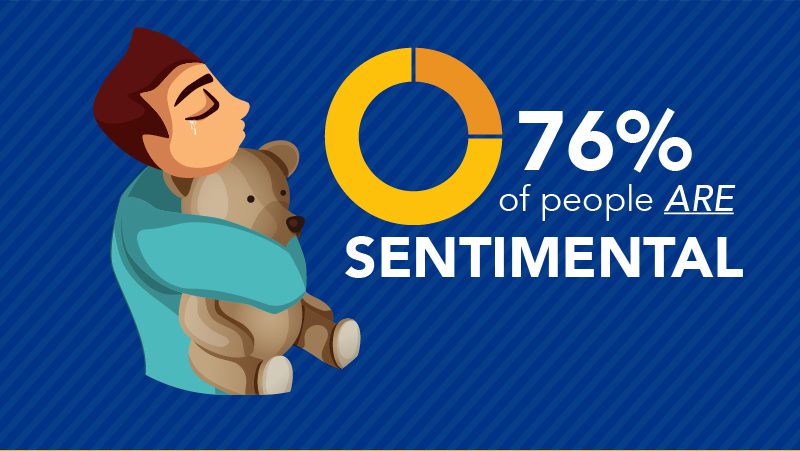 The study conducted by OnePoll, in conjunction with Life Storage examined respondents' childhood keepsakes and found as many as 76 percent consider themselves to be sentimental.
In fact, 84 percent of women and 75 percent of men admit to keeping items they don’t use purely for emotional reasons.
So, why are people keeping items that are just collecting dust? The answer is quite simple: nostalgia. Most Americans (78 percent) keep items that continue to bring back nostalgic memories.
Molli Spear, a spokesperson for Life Storage, remarked “Many of our customers dedicate a small section of their storage units to nostalgic items. They may not have any monetary value or utility, but their sentimental value makes them worth saving in a storage unit.”
Photo albums are most commonly clung on to- 70 percent of those surveyed still have pictures and photo albums that they can’t seem to part ways with.
And people aren’t just keeping one sentimental item. More and more Americans--a staggering 89 percent currently--have two or more sentimental items in their homes.
For both men and women, pictures are the number one sentimental item that they keep stored in their homes, with 80 percent of women and 66 percent of men admitting that pictures are priceless to them. 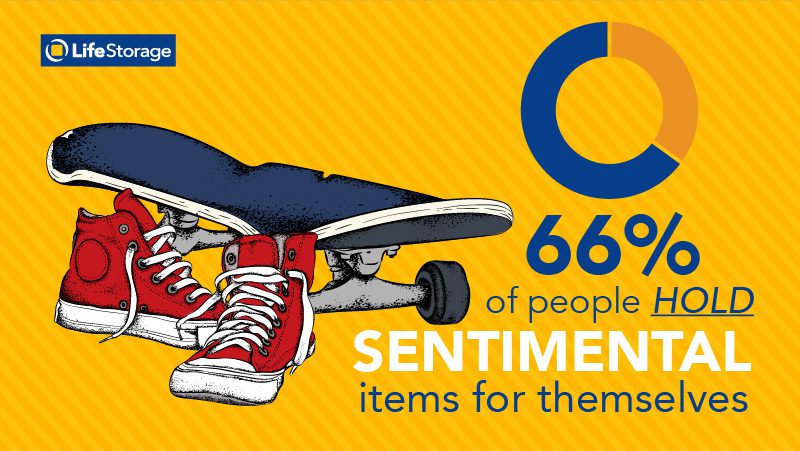 Spear continued: “While an old item like a trophy or a piece of jewelry can contain lasting memories of loved ones or experiences, nothing captures a memory better than a photo. Plus they’re easier to store and access.”
The study conducted by OnePoll, in conjunction with Life Storage, examined the feelings and associations Americans have with certain sentimental items and how difficult it is to give these things away.
The study revealed that most Americans (58 percent) have a difficult time parting ways with items that mean something to them.
When asked about the most memorable gifts that Americans have received and subsequently kept, jewelry was a common response. Some people keep wedding rings or a parents’ ring for sentimental reasons while others hold onto watches that they received from loved ones as a way to hold onto the memory of someone who has passed on. 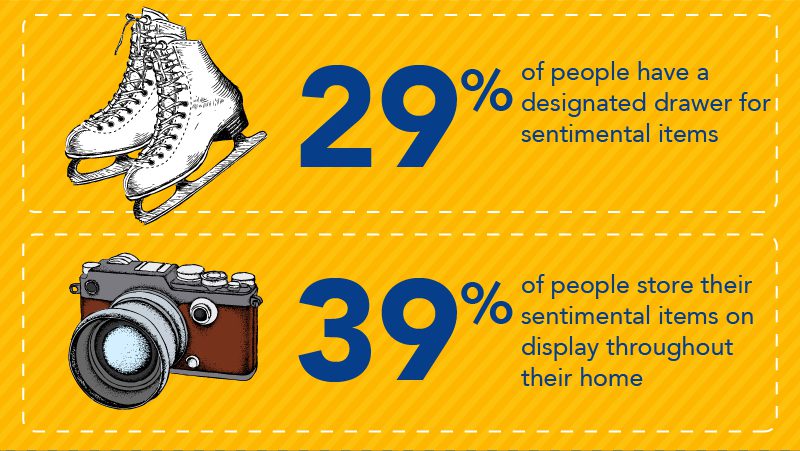 “A lost loved one’s belongings may hold more meaning to the family they left behind than they ever did for the original owner,” Spear reflected. “Again it’s the memories contained in the item—memories of that loved one’s life—that they’re hanging onto.”
Results also showed that conducting a complete clear-out and getting rid of all the sentimental items Americans store is a rare occurrence. Just one in 10 Americans admits to clearing out their homes of all sentimental items that are collecting dust.
However, 57 percent of Americans have admitted to clearing out their homes, but couldn’t actually get rid of all the sentimental items in their homes.
Another 33 percent of Americans revealed that they have never even attempted to clean out their homes to get rid of those unused items that mean so much to them.
Spear commented: “Decluttering is an overwhelming task for people with many sentimental items. The memories come flooding back as you sift through belongings and remind you why you kept them in the first place. Unless you’re fully committed to adopting a minimalist lifestyle, you learn to embrace sentimental items, even if they appear as clutter to others.”
Sentimentality is something that seems to be pervasive with many Americans. The top reason people are keeping items for so long? 67 percent of Americans are holding onto prized possessions for themselves and no one else. 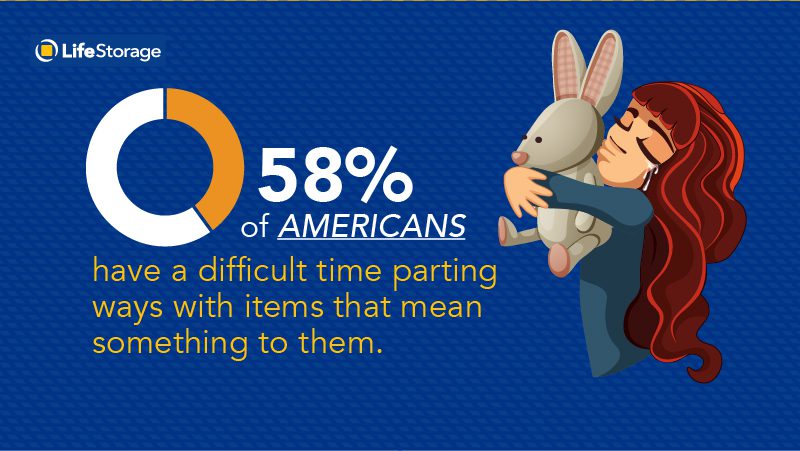 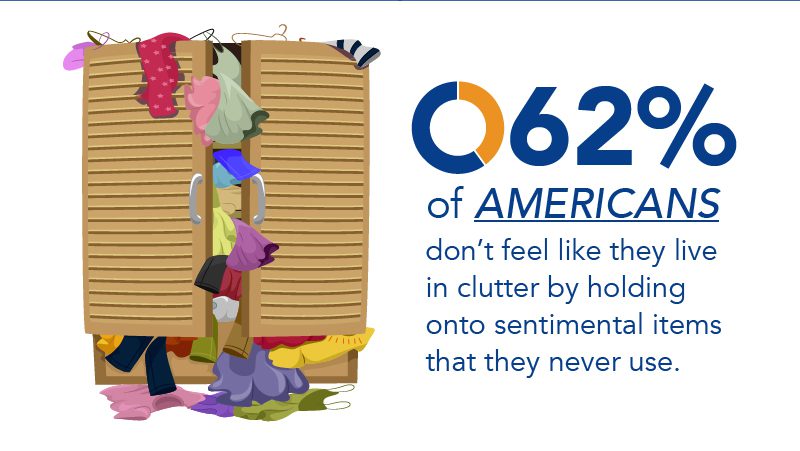